The US Food and Drug Administration has announced a comprehensive ban on flavored, pod-based e-cigarette cartridges earlier this week.

Editor’s note: This is an ongoing story and updates will be made as more information becomes available.

The United States Food and Drug Administration (FDA), announced a ban on multiple types of vaping products earlier today, including a ban on any flavored, cartridge-based e-cigarette products.

According to reports, President Donald Trump announced on Tuesday the agency had plans to prohibit the purchase of e-cigarette pods with fruity flavors, but indicated the ban may not be permanent and it would not apply to tank vaping systems. Reports from both the New York Times and Wall Street Journal indicate the ban is a result of the recent increase in usage rates among teens.

The past year has been a rollercoaster for e-cigarettes and public policy. Many health agencies, including the FDA, have cemented staunched stances against their use as healthy alternatives and even President Trump had previously called for a more comprehensive ban, which included banning all non-tobacco-flavored e-cigarettes, in September.

President Trump backtracked on the idea of a full flavor ban in November when he stated his concern a full ban may contribute to people seeking unsafe, illicit alternatives. Then, in late December, an amendment to the Federal Food, Drug, and Cosmetic Act was signed into legislation by President Trump that raised the federal minimum age of sale of tobacco products from 18 to 21 years—this ban also included e-cigarette products.

For more on the potential harm and impact of vaping, check out an episode of the DocTalk Podcast where Kevin Kunzmann sits down to discuss Al Rizzo, MD, chief medical officer of the American Lung Association, to discuss e-cigarettes and vaping. 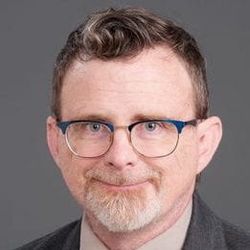