FDA predicts opioid stacking may occur because of the acute pain treatment.

The US Food and Drug Administration (FDA) is requesting more information before approving intravenous tramadol for patients in acute pain who require an opioid.

The NDA included data from phase 3 clinical trials showing statistically significant outcomes for all primary endpoints, as well as several of the secondary endpoints.

However, in the CRL, the FDA said the treatment is not safe for the patient population it is intended to treat. The FDA said if a patient requires an analgesic between the first dose of IV tramadol and the onset of analgesia, a rescue analgesic is needed. This would likely mean the patient would need another opioid, resulting in opioid “stacking.”

Ultimately, this scenario would increase the likelihood of opioid-related adverse effects.

“We believe that our extensive clinical database strongly supports the value of treatment with IV tramadol as an effective alternative to intravenous Schedule II conventional opioids,” Lucy Lu, MD, President and Chief Executive Officer of Avenue Therapeutics, said in a statement. “We firmly stand behind the safety data in our NDA and the ultimate approvability of IV tramadol. We will request a meeting with the FDA as soon as possible and are committed to working closely with the agency to resolve these issues in order to bring this important medicine to patients and clinicians in the U.S.” 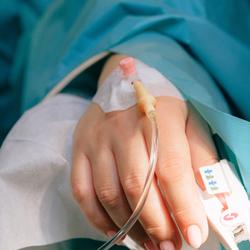