Women in medicine are making strides and publishing more papers than ever, despite an ongoing gender disparity.

A new study shows that the proportion of female authors of medical journal articles increased by 4.2% in the past decade. Women listed as first authors also increased by 3.6%, and women as last authors by 7.8%.

Investigators analyzed original research published between January 2008 and July 2018 in either 1 of 15 prominent medical journals, or 1 of 4 general additions: New England Journal of Medicine, Journal of the American Medical Association, British Medical Journal, and The Lancet.

The study’s findings indicated the increase in women’s inclusion in published articles is largely due to the efforts of other women, rather than support from male colleagues. Articles with a woman in the prestigious position of last author were 13% more likely to have a female first author than those with a male last author (P< .001). That said, women still take more than 10 years to transition to last author position, as compared to only 5 years for men (P< .001). This is despite the proven benefits of having more articles published by women.

Adjusting for medical specialty and linear regression, the study indicates journals with a higher proportion of women as authors have a higher impact factor (P= .02), depending on whether women are listed as first authors (P = .04) and/or last authors (P= .002).

A team of investigators led by Shannon M. Ruzycki, MD, conducted a similar study on the rate of women invited to speak at major medical conferences. The study analyzed major medical meetings in both Canada and the United States, comparing the percentage of female speakers in 2007 to the percentage in 2017.

Previous research on a lack of female speakers at prominent medical conferences was narrower but compiled similar results. In 2015, the First International Brain Stimulation Conference presented only 2 female speakers of 39 in total. In 2014, the preliminary list of 25 speakers for the International Congress of Quantum Chemistry excluded women entirely, adding 6 women only after a petition for inclusion.

The new study on women’s medical journal articles shows a similar rate of publishing women among overall women in the field. This indicates the lack of female representation is symptomatic of the medical field.

Another study in the wake of #MeToo indicated that as many as 30% of female physician-scientists reported experiencing workplace sexual harassment. If they successfully navigate the initial barriers to entry, women in medicine experience higher rates of burnout. Their risk of suicide, which is at its highest in the medical field, is approximately 8 times that of male physicians.

Investigators like Ruzycki are hopeful that their research and others will encourage those in positions of power to intentionally include, encourage, and support women in medicine. Most have been supportive of research on gender bias in medicine, but she told MD Mag this isn’t always the case.

“A small minority have concerns that intentionally seeking certain groups for academic opportunities is a type of discrimination and that we should rely on the so-called meritocracy to determine who ‘deserves’ academic opportunities,” Ruzycki said. “Most people who are familiar with equity, diversity, and inclusion literature recognize that the so-called meritocracy excludes extremely qualified physicians and scientists from underrepresented groups from access to these opportunities and that conscious inclusion of these physicians and scientists, especially at early career stages, will be necessary to achieve equity in academic medicine.”

An increase in medical journal articles authored by women is an excellent place to start.

The study, “Trends in Proportion of Women as Authors of Medical Journal Articles, 2008-2018,” was published online in JAMA Internal Medicine. 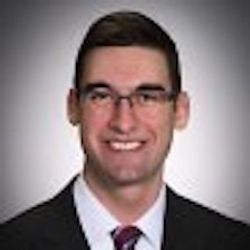