Influenza (flu) activity in the US has once more started to increase after a steady decline during the first 2 weeks of 2020.

The latest FluView surveillance from the US Centers for Disease Control and Prevention (CDC) reported that as of January 18, 2020, there have been 15 million cases of flu, 140,000 hospitalizations, and 8200 deaths in the US during this flu season.

Although the agency is reporting that flu activity is high at this point in the season, severity markers, which include hospitalization and death, are not considered high at this time.

The percentage of specimens that tested positive for the flu at clinical laboratories over the past week jumped from 23.4% to 25.6%. Additionally, the number of US jurisdictions experiencing high influenza-like illness (ILI) activity increased from 34 to 37.

Outpatient ILI activity and laboratory data increased nationally, and B/Victoria viruses are considered the predominant virus this season; however, some regions are seeing increases in the proportion of A(H1N1)pdm09 viruses.

Hospitalization rates are considered low overall and are historically consistent with past years at this point in the flu season. Over the past week, the seasonal hospitalization rate increased to 24.1 per 100,000. On the other hand, the percentage of deaths attributed to pneumonia and influenza decreased from 7.1% to 6.7%.

This week’s report notes that more than 50% of positive test results for influenza from public health laboratories have been in young people under the age of 25 years. Only 12% of positive results have been in patients 65 years and older, which could explain the high levels of ILI and lower levels of hospitalization and influenza-related death. Although, flu can lead to severe disease and even death in children.

In fact, last week an additional 15 pediatric influenza deaths were reported, bringing the seasonal total to 54. Influenza B viruses were linked to 37 of the 54 deaths. FluView surveillance notes that 7 of the B virus-related deaths had their lineage determined and were all B/Victoria viruses. Of the 17 deaths associated with A viruses, 10 were subtyped and found to be A(H1N1)pdm09 viruses.

“Unfortunately, [B viruses] seems to be taking a higher toll on very young children, more so than in previous years,” Aaron E. Glatt, MD, a spokesperson for the Infectious Diseases Society of America, told Contagion® in a previous interview. “It doesn't necessarily mean that that's something that will continue or it's something that is intrinsically more dangerous to children. It's possible that they haven't been exposed to as much influenza B in their short lives. Even if they're relatively young, they may have seen some influenza A beforehand, and therefore, it's something that their body has somewhat been prepared for.”

The CDC noted that estimates on flu vaccine effectiveness are not available for the 2019-20 US flu season yet, but vaccination is always the best way to protect against the flu and associated complications. 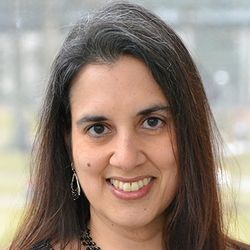