The launch of a My Retina Tracker dramatically increased testing rates, which could help lead to better clinical trials and therapies.

The availability of no-cost genetic testing appears to boost testing rates among patients with inherited retinal degeneration (IRDs), according to new research.

The study suggests the strategy might offer a meaningful avenue by which to increase participation in genetic testing, which in turn could help better match patients with appropriate clinical trials and treatments.

The study was based on the My Retina Tracker Genetic Testing Study (MRT-GTS), which was launched by the Foundation Fighting Blindness in 2017. The foundation noted that many people with IRD have not received genetic testing, even though the testing can help identify mutations causing a number of diseases, such as Leber’s congenital amaurosis (LMA)-10, Usher syndrome, and retinitis pigmentosa.

The registry offers genetic testing at no cost to patients. First author Peter Y. Zhao, MD, of the W.K. Kellogg Eye Center at the University of Michigan, and colleagues, wanted to find out the extent to which the free availability of testing might affect the odds of a patient getting tested. They also wanted to find out whether patients with certain characteristics were more or less likely to undergo testing.

The investigators recruited 369 patients with IRD who sought care at a single academic referral eye center. The study covered the period from July 1, 2016 through June 30, 2018, meaning it covered the year before, and the year after MRT-GTS launched on June 14, 2017. The patients had an average age of 39.5 years and just over half (193) were women.

Of the 369 total patients, 144 were evaluated at the clinic in the year prior to the start of MRT-GTS. Those patients had a baseline rate of genetic testing of 51.4%. However, among the 225 patients who were seen at the clinic after the initiation of the free genetic testing registry, the rate of obtaining testing jumped by 28.9%.

“In this study, the implementation of MRT-GTS was associated with an increase in the proportion of patients who successfully obtained testing,” Zhao and colleagues wrote, “suggesting the potential clinical value of this approach.”

In terms of factors that affect testing rates, the authors found that being eligible for the study and having worse visual acuity increased the likelihood of a patient obtaining testing. On the other hand, patients who identified as Black, African-American, or another non-White race had lower odds of getting testing, compared to White patients. Blacks and African-Americans had an odds ratio (OR) of just 0.10, while other races had an odds ratio of 0.37 compared to White patients. Patients whose primary language was not English also had lower rates of testing compared to primary English-speakers (OR, 0.13). Finally, the authors found that testing results were reported more quickly when patients were eligible for the registry (81.5% within 90 days versus 48.1% within 90 days).

The authors concluded that clinic- and patient-specific factors appear to be important predictors of whether patients undergo testing.

Meanwhile, MRT-GTS continues enrolling and testing patients. A February 2020 statement from the foundation said more than 15,000 patients had been registered, and more than 7000 had obtained testing, thanks to help from industry partners. 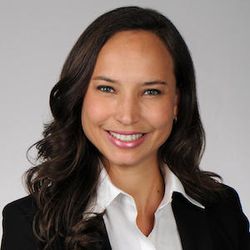