The risk of childhood cancer is significantly increased for those who are born after frozen embryo transfer compared to those born to fertile women, findings of a recent study showed.

Marie Hargreave, PhD, a researcher of Virus, Lifestyle and Genes at Danish Cancer Society Research Center, and her colleagues conducted a retrospective cohort study to learn if there is an increased risk of cancer for children born after using specific fertility drugs and reproductive technology. The investigators used Danish population-based registry data and the Danish Infertility Cohort of nearly 1.1 million children born between 1996—2012 and found that children who were not born to fertile women had a significantly increased (44.4 vs 17.5 per 100,000 person-years; HR, 2.43) risk of cancer.

The investigators identified all children born between Jan. 1, 1996—Dec. 31, 2012 from the Danish Medical Birth Registry, which contains data on all births in Denmark. The team excluded children who were missing information on sex, maternal age at birth or multiplicity; if there were missing or implausible data on gestational length; or they died on the same day they were born.

Hargreave and her investigative team linked the study cohort to the Danish Infertility Cohort, which contained information from multiple registries about the women evaluated for fertility problems from 1963—2012. The Danish National IVF Registry had information on all treatments involving assisted reproductive technology. The investigators used data from the Danish National Prescription Registry to identify fertility drugs used.

Children who were born to women treated with assisted reproductive technology or fertility drugs during pregnancy were more likely to:

Infertility was not statistically associated with the risk of a particular type of cancer.

The study, “Association Between Fertility Treatment and Cancer Risk in Children,” is published online in JAMA Network. 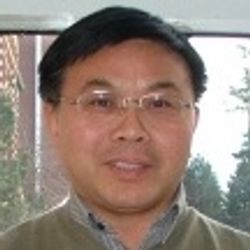