The rAAV2/2-ND4 gene therapy GS010 elicited continuous bilateral improvements in BCVA from week 48 to week 96 for patients with Leber hereditary optic neuropathy (LHON), according to findings from the phase 3 RESCUE trial presentation at the 2019 American Academy of Ophthalmology Annual Meeting.

Following enrollment in the trial, vision continued to decline until it reached its lowest level at week 48. In the GS010 arm, the lowest BCVA was 1.918 LogMAR and in the fellow-eye sham group it was 1.908 LogMAR. By week 96, there was a 26.3 letters improvement in BCVA in the gene therapy arm compared with 22.8 letters in the sham group. The primary endpoint of the study, which was a 15-letter difference between the GS010 and the sham group, was not met.

The change in both eyes confounded the endpoint and was unexpected, Yu-Wai-Man noted. To help uncover potential reasons for this, researchers conducted a second analysis looking at unilateral intravitreal injections of the gene therapy in non-human primates.

"There is evidence of transfer of viral vector DNA from the injected eye to the contralateral uninfected eye," said Yu-Wai-Man. "This provides a plausible explanation for the unexpected bilateral improvement."

The phase 3 RESCUE trial enrolled 39 patients with LHON at a mean age of 36.8 years. Data were available for 73 eyes for vision loss duration (VLD), with a mean VLD of 112.1 days. BCVA was available for 76 eyes, with a mean BCVA of 1.29 LogMAR, which is below the legal definition of blindness in the United Kingdom (<1.30). Findings in the treated eye were compared with the fellow eye, which received a sham therapy.

Clinically relevant recover (CRR) at week 96 was also measured, defined as improvement of ≥10 letters read for eyes on chart and at least 5 letters read for those off chart. In the GS010 group, 63.2% of patients experienced a CRR. When compared with retrospective studies looking at the natural history of LHON, only 27.9% of patients had a CRR in at least 1 year, suggesting a benefit with the gene therapy.

Similar findings were experienced in the REVERSE trial, which was a separate phase 3 study that also explored GS010 for LHON. This trial explored the treatment in 37 patients who were more than 181 to 365 das from the onset of disease. The initial BCVA at the start of the trial was 1.61 LogMAR. Similar treatment trends and differences were observed in this trial, including a bilateral improvement in BCVA.

Given the clinical benefit seen in both studies, GenSight Biologics, the company developing GS010, plans to enter conversations with regulatory agencies. The company hopes to file for approval in Europe in the third quarter of 2020. 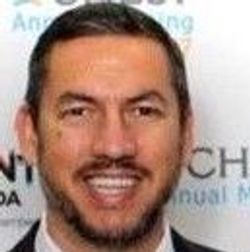 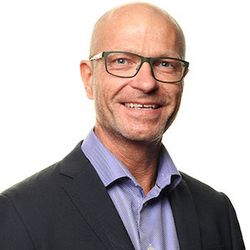 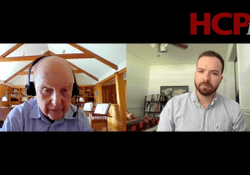