Philip J. Mease, MD, Swedish Medical Center/Providence St. Joseph Health and University of Washington in Seattle, Washington, spoke of how the biologic distinguished itself from other targeted therapies in the network meta-analyses, and how these kinds of analyses could aid physicians in treating patients affected by psoriasis.

“I would argue that of the biologics that we use the IL-23, I think, are showing the most pristine safety profile,” Mease said. “The serious infection risk is extremely low, we don't see any malignancy risk, we don't see any weird things getting kicked up like with the TNF inhibitors.”

He added that in the absence of expensive and occasionally difficult head-to-head clinical trials, network meta-analysis have slowly become a more acceptable statistical methodology for indirectly comparing data, and that the original request for these analyses predominantly came from agencies that were attempting to make decisions about the approval and availability of drugs.

“We can't make claims in the safety arena, because these studies aren't powered for safety endpoints, but we can at least say that there was comparability or we're not seeing greater safety issues then another drug,” Mease said. “This is really, frankly, quite helpful for the patient conversation.”

The patient conversation regarding guselkumab, Mease explained, could be informed by the biologic’s safety profile, which was proven in previous clinical trials, and it’s ability to work across a wide spectrum of issues that plaque patients with psoriasis.

“When you're an experienced clinician, you've been around the block a few times (and) you've seen patients have meaningful side effects, serious infections, other kinds of things,” Mease said. “To be able to have a drug that has the biology behind it to treat each of these particular areas, skin, joints, tendon insertion sites, each of which are comprised of different they're different biological entities, to be able to crossover I think is highly important.” 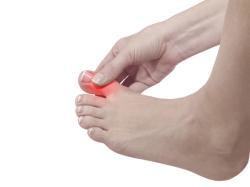