The findings are in contrast to previous research that suggests an inverse relationship between moderate-to-vigorous physical activity and HbA1c, TIR.

Study investigators noted this is in contrast to previous research that suggests an inverse relationship between moderate-to-vigorous physical activity and hemoglobin A1c (HbA1c) and percent time in range (TIR, 70 - 180 mg/dL).

The late-breaking findings were presented at the American Diabetes Association (ADA) 2022 Scientific Sessions.

A gap in literature regarding the relationship between physical activity among this patient population led to the current analysis, according to investigators. The first aim of the analysis was to determine if habitual levels of weekly minutes of moderate-to-vigorous physical activity (MVPA) arte associated with glycemia. Investigators hypothesized that an increase in weekly minutes of MVPA would lead to increased time in range and lower HbA1c.

The ACT1ON pilot study evaluated the feasibility of 3 dietary strategies to optimize weight and glycemic management among this patient population. A secondary measure of self-reported physical activity was obtained at baseline, 3-, 6-, and 9-months from a total of 68 young adults with T1D with a mean age of 25.5 years (72.1% female, HbA1c 7.9 ± 1.8%, BMI 30.4).

Investigators used the Global Physical Activity Questionnaire (GPAQ, n = 195) and the Previous Day Physical Activity Recalls (PDPAR, n = 123) to estimate the weekly minutes of MVPA. After the outbreak of the COVID-19 pandemic, a subgroup of individuals wore physical activity trackers for 2 weeks at each visit for a total of 44 measurements from 27 participants.

They further used mixed effects regression models to assess the relationship between weekly minutes of MVPA and HbA1c using each physical activity measure.

Investigators found the median weekly minutes of MVPA were 33% lower following the outbreak of the COVID-19 pandemic when compared to pre-pandemic physical activity levels (P = .02) in the GPAQ, but not the PDPAR (-7.7%; P = .34).

Then, after adjustments for variables, including design, demographic, clinical, and dietary variables, a 1 standard deviation increase in weekly minutes of MVPA was associated with an absolute increase of 0.27% HbA1c (P >.001), according to investigators. 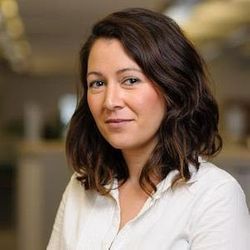 COVID-19 Vaccination Protects Against Severe Disease in Patients with Obesity