Pregnant women with preexisting T1D or T2D had a higher rate of any DR and a higher DR progression rate compared to the nonpregnant population.

However, the wide range of reported prevalence of dibaetic retinopathy, as well as its progression, had made it difficult to determine the disease burden and led to a lack of consensus for guidelines regarding its management.

A systematic review and meta-analysis was conducted from November 2018 - June 29 2021 in MEDLINE/Ovid, Embase/Ovid, and Scopus databases. The dual objectives of the review were to determine the prevalence of DR in pregnancy and determine the progression rate of diabteic retinopathy during pregnancy.

For a progression analysis, studies were included if DR was assessed at least twice (≤22 week’s gestation and up to 12 weeks postpartum) and if they described the interval change in participants' retinopathy status (stable, progressed, or regressed).

“Taken together, these findings suggest that women with T1D have a higher risk of developing new DR during pregnancy, but that once a woman has DR, her risk of DR progression is similar in pregnancy irrespective of her diabetes type,” investigators wrote.

The study, “Global Estimates of Diabetic Retinopathy Prevalence and Progression in Pregnant Women With Preexisting Diabetes,” was published in JAMA Ophthalmology. 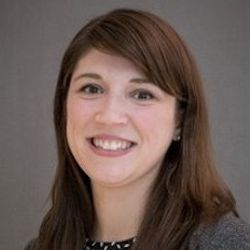