How the ESC 2020 Congress Went Virtual

A look at how a major international cardiovascular meeting changed its structure in 4 months.

And the entire international meeting is occurring online.

Like every prominent medical meeting planned for this year, ESC was forced to reform its agenda and offerings to a virtual format due to coronavirus 2019 (COVID-19). Unlike most other conferences, it did so with very little sacrifice of its frequently robust offering of sessions, posters, and networking opportunities.

In an interview with HCPLive during the virtual congress, ESC President Barbara Casadei, MD, DPhil, discussed the challenges that went into turning around a major cardiovascular meeting in 4 months.

“We’ve had more than 100,000 participants when the first ‘hotline’ session started yesterday,” Casadei said on Sunday. “We are extremely grateful for the people who were able to do that for us, but we were also extremely grateful that the whole system may crash."

Casadei explained the conventional, in-person congress was already fully planned when the society received word in April that the Dutch government would not permit it in full attendee size due to COVID-19. Early discussion was centered around whether to retain the full agenda, or condense it for the online meeting—the chose the former, with trepidation.

“My view was that if we take the congress as we have it, and we make it digital, it would be like translating Shakespeare with Google Translate,” she said. “It’s a completely different thing that needs to be re-thought.” 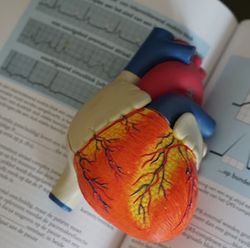