An analysis of more than 40,000 patients who underwent percutaneous coronary intervention revealed Impella pumps were associated with an increased risk of death, stroke, and kidney injury compared to intra-aortic balloon pumps.

Editor’s note: Seth Bilazarian, MD, medical director of Abiomed, has issued a response to this analysis—citing flawed data and study design. More on the response from Bilazarian is available on the AHA 2019 conference coverage page on MD Magazine.

Results of the analysis, which included data on more than 40,000 patients with acute coronary syndrome, revealed the Impella® device was associated with greater costs and a higher risk of death, bleeding, stroke, and acute kidney injury when compared to intra-aortic balloon pumps.

In an effort to illustrate any potential risks associated with different pump type, investigators conducted an observational analysis of patients who underwent PCI with mechanical circulatory support for high-risk PCI or cardiogenic shock in the Premier Healthcare Database. Using a period from 2004 through 2016, investigators identified 48,306 patients across 432 hospitals who were included in the study.

Among patients included in the trial, cardiogenic shock was present in 50%, STEMI was present in 62%, and 38% required mechanical ventilation. The most common comorbidities included heart failure (50%), chronic renal failure (20%), diabetes (40%), COPD (20%), and atrial fibrillation (23%).

Investigators pointed out analyses performed adjusted for 37 potential confounders as independent variables. Additionally, prosperity score adjustment was used to balance study arms to count for variation and clustering across hospitals.

Upon analyses, investigators observed a greater risk of death (24%), bleeding (10%), acute kidney injury (8%), and stroke (34%) were associated with Impella® compared with intra-aortic balloon pump use. Investigators pointed out this association was stronger for STEMI patients and this was irrespective of the presence of cardiogenic shock.

In regard to cost, analyses revealed a $15,000 higher incremental hospitalization cost despite a 0.91 days lower length of stay found with Impella® use. The primary driver behind this increase was from the central supply, surgery, and cardiology departments but was offset by lower costs due to length of stay.

This study, “Comparative Effectiveness and Costs of Impella® vs. Intra-Aortic Balloon Pump in the United States,” was presented by Amit Amin, MD, at AHA 2019.

The Significance of DAPA-HF for Cardiovascular Care and Beyond 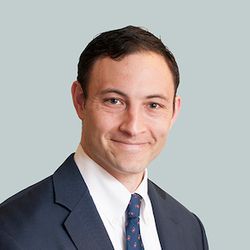