According to a new report from the CDC, as fatal drug overdoses increase across the board, the Black and Indigenous communities represent a significantly greater death rates.

The Center for Disease Control and Prevention (CDC) held a briefing this week to address the public health concern regarding historic rates of drug overdose deaths. As fatal numbers increase across the board, the Black and Indigenous communities represent a significantly greater rise in incidence of death.

Based on an assessment of overdose death rates in 2020 compared with 2019, the Black community saw a 44% increase in the number of drug overdose deaths per 100,000 individuals. A steep rise was also observed in the American Indian and Alaska Native (AI/AN) community with a 39% increase, according to the new CDC Vital Signs report.

However, the unprecedented prevalence of fatal overdoses was not exclusive to these populations. Among White individuals, the rate rose 22% in the same time period of the COVID-19 pandemic, when access to prevention, treatment, harm reduction, and recovery support services were disrupted.

The statement issued by the CDC postulated that the impact of the pandemic contributed to this. It was also noted that the recent surge in fatalities were primarily driven by illicitly manufacted fentanyl and fentanyl analogs (IMF).

“The increase in overdose deaths and widening disparities are alarming,” Debra Houry, MD, MPH, CDC Acting Principal Deputy Director said in a statement. “Overdose deaths are preventable, and we must redouble our efforts to make overdose prevention a priority."

Evidence showed that the fatal overdose death rate of Black males aged 65 years and older was nearly 7 times that of senior White males.

As for young people aged 15-24, it was again Black individuals who experienced the most escalation with an 86% rise in deaths compared with other age and and racial groups.

The overdose death rates observed in AI/AN women 25-44 years of age were almost double the rates of White women in the same age group.

The analyses on rates according to treatment access and income inequality "continue to show concerning trends and widening disparities between different population groups," according to the statement.

There was a strong relationship between overdose deaths and substance abuse. However, deaths among individuals who received substance use treatment were much less common. This greatly varied between populations.

It's widely thought that fentanyl use is preceded by opioid use. Areas with more access to opioid treatment programs had higher instances of death from opioid overdose compared with areas with lower treatment availability, especially among Black individuals and AI/AN individuals (34 vs. 17 people per 100,000).

Within the counties with the lowest income inequality, it was AI/AN individuals who represented the highest incidence of death due to overdose.

"We will continue to support and work collaboratively with communities like we do with CDC’s Overdose Data to Action (OD2A). Providing tailored tools and resources to combat overdose and address underlying risk factors will ultimately help reduce health disparities and save lives," Houry said. 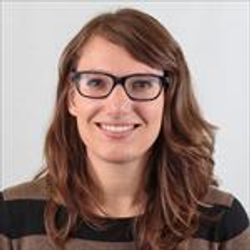