The data obtained from the study supported the idea that IL-6 could be used as a potential marker for judging the efficacy of SSc.

Previous research has suggested that IL-6 contributes to the pathogenesis of SSc via signal transduction, thus playing a critical role in the process of body fibrosis promotion.

Additionally, in vitro experiments that have utilized anti-IL-6 antibodies found that the type 1 procollagen in the differentiation of SSc fibroblasts and myofibroblasts were significantly reduced, which suggest that IL-6 could function as a target for the treatment of the disease.

With this study, an investigative team led by Xiao Lin, PhD, Affiliated Hospital of Xuzhou Medical University, explored the correlation between serum IL-6 and clinical phenotypes of SSc in an effort to improve early diagnosis, evaluation, and prognosis of the disease.

The team examined clinical data of 50 patients with SSc who were admitted to Xuzhou Medical University from January 2019 to August 2021, at which point information regarding gender, age, and course of disease were obtained.

Among these patients, 42 were females and 8 were males.

Patients have ILD were judged based on the chest Computed Tomography finding, and pulmonary artery systolic pressure was assessed by echocardiography.

The course of disease varied from 2 weeks to 30 years, the average being 6 years, and 23 patients has cases with a duration of fewer than 5 years.

Among the 50 patients, 38 had pulmonary interstitial disease, 23 had pulmonary hypertension, 6 had digestive tract involvement, and 18 had heart damage.

Investigators observed no statistically significant difference between males and females regarding clinical manifestations of SSc (P>0.05).

Similarly, a correlation analysis indicated that IL-6 had a positive correlation with ESR (P=0.022) and CRP (P<0.001) in the group with disease course greater or equal to 5 years, and no statistically significant difference was observed in those with a disease course less than 5 years.

The data obtained from the study supported the idea that IL-6 could be used as a potential marker for judging the efficacy of SSc.

“Prospective studies with a larger sample size should be conducted in the future, which will have more important guiding significance for clinical practice,” the team wrote.

The study, "Peripheral blood IL-6 levels in systemic sclerosis patients: correlation between IL-6 levels and clinical phenotypes," was published online in the Journal of Cosmetic Dermatology.

Investigators Recommend 2 PROMs for Use in Acne Vulgaris 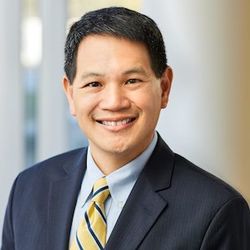