MD Magazine: What is the impetus behind your study?

Liu: So, the impetus behind this study is I'm a geriatrician and so what geriatricians do is we specialize in the care of older adults.

MD Magazine: Do you believe the older patient is overlooked in the pursuit of new drugs to treat kidney problems?

When you have an older adult, you have to pay attention to things like renal clearance processing by the liver and then also the burden for the patient.

So, thinking about the size of the pills, how many times a day you've got to take it and then also the expense and access to a new medication.

MD Magazine: How does the age of the patient and the depressive state worsen kidney failure?

You're going to that you're potentially going to be less likely to do anything that you need to do to reduce your kidney disease. So, meeting things like eat properly and control your diabetes, you know take your medicines.

I think you know as people age their worlds grow smaller and it really impacts therefore their outlook in life and their interaction with medical care. 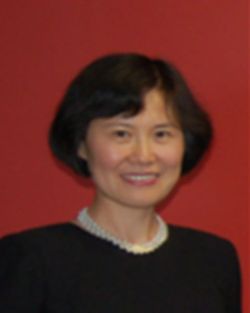 Prevalence of Methamphetamine Use, Overdose Death on the Rise