The findings additionally suggest that although relapse can occur, most patients achieved inactive disease or remission after cessation of adalimumab.

Recent studies with long-term follow-up have reported adalimumab as well-tolerated in patients with uveitis, but they did not address reasons for loss of effectiveness, how often antidrug antibodies were formed, and the relapse rate after adalimumab cessation.

Van Hagen and colleagues evaluated the long-term effectiveness of adalimumab and determined the reasoning behind the above factors. The retrospective study included all patients with uveitis treated with the agent for noninfectious uveitis who visited 2 tertiary care centers in Rotterdam, the Netherlands.

Patients started with subcutaneous adalimumab with a ≥40 mg biweekly dose, though some started with a 80 mg dose at baseline and 40 mg after 1 week in case of severe inflammation. Dosage can be adjusted by the treating physician based on response to therapy.

The study’s primary outcome consisted of the effectiveness of adalimumab, measured by the number of participants who achieved inactive disease or remission and by the relapse-free survival. Other outcomes were the percentage of patients with inactive disease at 6 months, 1 year, 3 years, 5 years, and 10 years as well as the number of patients experiencing side effects.

Investigators noted the survival analysis revealed that the median time to the first relapse was 3,4 years (95% confidence interval [CI], 2.7 - 4.2). They additionally detected adalimumab antibodies in 40 of 115 patients (35%), measured 21 months after the start of adalimumab.

The antibodies were associated with lower adalimumab levels and observed more often in patients on adalimumab monotherapy (P <.01).

“More prospective studies are necessary to elucidate the formation of antibodies, to observe whether co-medication can prevent antibodies, and to determine whether continued treatment with adalimumab at an increased dosage can be successful,” van Hagen added.

The study, “Long-Term Follow-up of Patients With Uveitis Treated With Adalimumab: Response Rates and Reasons for Discontinuation of Therapy,” was published in the American Journal of Ophthalmology. 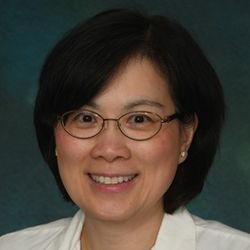