Macular atrophy and hyperreflective material were common after 7 years of follow-up in IVAN trial.

New findings suggest that macular atrophy and hyperreflective material (HRM) were common after 7-years of follow-up in a cohort of participants who exited the Inhibition of VEGF in Age-Related Choroidal Neovascularization (IVAN) trial.

Led by Usha Chakravarthy, MD, PhD, Queen’s University of Belfast, the team of investigators aimed to describe the frequency of long-term morphologic features and their relationships with visual function in participants who exited the trial, with the multicenter cohort study following up to 7 years after enrollment.

The 20 clinical sites provided all visual acuity and clinical information from usual care records for 532 participants and additionally submitted the most recent color, optical coherence tomography (OCT), and other fundus images for 468 participants to a reading center.

In eyes with complete imaging data and without DROL, the BCVA was noted as worse in the thinnest outer fovea tertile (thinnest minus middle and thickest tertiles, -19.7 and -19.5 letters, respectively). In eyes with DROL, the BCVA was worst in the thickest outer fovea tertile (thinnest and middle tertiles minus thickest, 12.5 and 12.2, respectively).

The study, “Long-term Retinal Morphology and Functional Associations in Treated Neovascular Age-Related Macular Degeneration: Findings from the Inhibition of VEGF in Age-Related Choroidal Neovascularisation Trial,” was published in Ophthalmology Retina.

The FDA's Blood Donor Amendment for MSM is a Correction, not a Victory 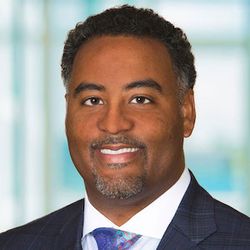