“Obesity is reported to be a risk factor for Clostridioides difficile infection,” the authors wrote. “However, obesity rarely occurs in older Asian patients, and the effects of obesity on health and disease are different in Asian and Western countries.”

In the retrospective observational cohort study, the investigators assessed data from the nationwide database of acute hospital inpatients’ data in Japan between July 2014 and March 2016.

Each patient included in the analysis was aged at least 65 years and admitted to the hospital with a primary diagnosis of pneumonia. The investigators determined risk factors for CDI using logistic regression analysis, including known risks as covariates.

Overall, there were 221,242 patients with pneumonia in the database, 611 of which developed C difficile infections.

In recent years, several risk factors have emerged, namely age and the use of certain medications, leading to an increase in CDI.

C difficile infection rates have steadily increased in recent years, leading to more attention paid to identifying and addressing the risk factors associated with the rise in infections. Recently, investigators in Asia found in 51 studies that the proportion of C difficile-associated diarrhea in patients with nosocomial diarrhea was 14.8%, with a mortality rate of 8.9%.

Certain risk factors emerged over the course of the study, particularly in age.

The study, “Association of body mass index with Clostridioides difficile infection among older patients with pneumonia in Japan,” was published online in Geriatrics & Gerontology International.

Assessing the Risk of HCC for Hepatitis B Treatments 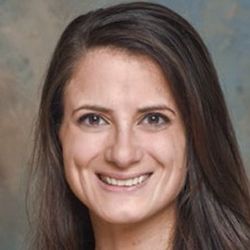