Lurasidone for Bipolar Depression in Adolescents

Investigators presented data from a 2-year, open-label study into the efficacy and safety of lurasidone in children 10 to 17 years old at APA 2019.

A recent study has found that a popular treatment for bipolar depression (BPD) in adults, is also an effective treatment for long-term use in children and adolescents.

Through a 2-year open-label study, investigators examined the safety profile and efficacy of lurasidone (Latuda) in patients between the ages of 10 and 17 and presented their findings at the 2019 Annual Meeting of the American Psychiatric Association.

“Basically, what we found was that Latuda (lurasidone) in these children, when taken for 2 years, was well tolerated and also individuals continued to benefit from Latuda for the treatment of their depressive symptoms,” explained Rob Goldman, PhD, head of global clinical research and medical affairs at Sunovion.

Due to what authors considered limited data on the long-term effectiveness of drug therapies in pediatric populations, they sought to evaluate the long-term safety and efficacy of lurasidone in children and adolescents with bipolar depression (BPD).

Investigators performed a 2-year, open-label extension study that included 306 patients between the ages of 10 and 17 with a diagnosis of BPD. These patients were previously involved in an initial 6-week, double-blind, placebo-controlled study of flexibly-dosed lurasidone 20-80 mg per day. After enrollment in the 2-year study, patients who had been randomized to placebo were switched to lurasidone.

Investigators included multiple safety measures to determine the safety profile of lurasidone in adolescents. The occurrence of mania was assessed based on whether there was a report of mania or hypomania as a treatment-emergent adverse event or a Young Mania Rating Scale total score of 15 or greater.

The most common adverse events experienced while receiving treatment with lurasidone were headache (23.9%), nausea (16.4%), and somnolence (9.8%). Due to adverse events, 31 patients (10.1%) discontinued treatment. Based on the findings of their study, authors wrote they believed that up to 2 years of lurasidone treatment in adolescents was generally well-tolerated in adolescents.

This study, titled “Efficacy and Safety of Lurasidone in Children and Adolescents With Bipolar Depression: Results From a 2-Year Open-Label Extension Study,” was presented at APA 2019. &#8232;

Suicide Attempts Up Among Adolescents During COVID-19 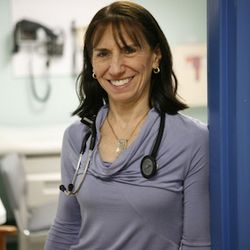