The frequency of attacks compared to monthly can directly increase the number and severity of post-concussion symptoms.

Results from The Toronto Concussion Study, presented virtually at the 2020 American Headache Society (AHS) Annual Meeting, suggests that individuals who sustained a concussion and have a pre-injury history of migraine, especially if the pre-accident attacks of migraine were more frequent than monthly, have a worse post-concussion recovery.

Among the 302 participants who filled out a Headache Questionnaire at Week 1, 116 (38,1%) of them reported a pre-injury history of migraine in their lifetime. Among migraineurs, 84% had experienced at least 1 migraine in the past year and 92% of individuals reported a migraine at Week 1.

The research, which was presented by Laura Langer, BSc, research analysist, Toronto Rehabilitation Institute, revealed that the elevated SCAT-3 scores remained consistent through all 16 weeks of the trial (P <.001).

At Week 1, among those with pre-accident migraines that were more frequent than monthly, 42% endorsed “continuous” post-traumatic headache (PTH) compared to 18% of those with pre-accident migraines that were less frequent than monthly (P = .04). Langer and colleagues concluded that these differences did not reach statistical significance.

“When stratified according to pre-accident migraine frequency, the recovery trajectory of headache following concussion improves for all groups over the 16 weeks followed. The group with migraines at least once monthly pre-concussion had a trend towards slower recovery than those with less frequent pre-injury migraines,” the authors wrote.

Demographically, the study included 75% of patients who reported a pre-injury history of migraine in their lifetime were female, and the mean age was 33.3 years (Standard Deviation [SD], 12.1). Migraineurs were evaluated for frequency of migraines in the year prior to concussion.

It was noted in the presentation that no patients had headaches >15 days per month in the year pre-concussion.

The naturalist prospective cohort design aimed to find the influence of pre-accident history of migraine following a concussion in a general adult population.

Those included in the study would be evaluated in a university-based emergency department within 7 days of diagnosed with a concussion.

None of the patients included in the study had concussions that were claim related, such as workplace accidents or motor vehicle collisions.

Researchers concluded that not only does having pre-injury history of migraine have an impact on post-concussion trajectory, but the frequency of attacks compared to monthly can directly increase the number and severity of post-concussion symptoms. 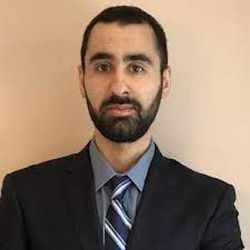