Patients who experience who relapse from multiple sclerosis (MS) tend to have decline cognitive test scores, according to a new study.

The patients included in the study were between 18 and 65 years, had an Expanded Disability Status Scale (EDSS) score of <7.0, relapsing remitting or active secondary progressive disease course, and NP testing within 4 years of study enrollment.

To be included in the study, patients must have experienced a decline in Symbol Digit Modalities Test (SDMT) of at least 3 points to demonstrate cognitive decline. Each patient was evaluated at baseline, at the point of relapse, and at 3-month follow-up. Relapses were treated with a 5-day course of repository corticotrophin injection.

At each time point, patients were evaluated on changes in cognitive processing speed, as measured by the SDMT, as well as measures of memory, ambulation, and manual dexterity. The investigators sought to identify any correlations between these changes and EDSS scores, magnetic resistance imaging (MRI), and cognitive reserve.

A regression model that predicted the change score on SDMT was computed for each participant in the relapsing group.

Within that model, the SDMT change score acted as the dependent variable, whereas other independent variables of the study included baseline demographics, volume and number of gadolinium-enhancing lesions at the relapse time-point, annualized relapse rate prior to enrollment, and baseline values for Depression Inventory Fast Screen (BDIFS), Multiple Sclerosis Neuropsychological Screening Questionnaire (MSNQ), and Fatigue Severity Scale (FSS).

In addition, the investigators observed correlations between baseline and relapse (r = 0.81) and relapse and follow-up (r = 0.81), with between group differences significant for relapse (P = .001).

“Nevertheless, quantifying mental status changes during relapse remains an important endeavor and we believe the current data contribute to the mission of widening the scope of what can be easily ascertained about acute disease activity in people with MS,” the authors wrote.

The findings contribute to a growing body of evidence about the long-term impact of relapses.

New research presented at ACTRIMS 2020 showed that incomplete recovery following an MS relapse may contribute to 10-year disability in patients with relapsing MS.

That study, presented by Marinos Sotiropoulos, MD, of Brigham and Women’s Hospital, and colleagues, showed a significant association between 10-year EDSS and the percentage of relapses with complete recovery (P <.001) and age at first symptom onset (P <.004).

The study, “Recovery of cognitive function after relapse in multiple sclerosis,” was published online in the Multiple Sclerosis Journal. 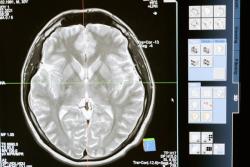 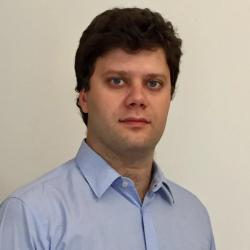 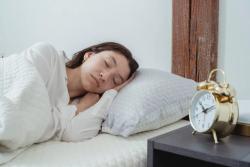