“Effective surveillance is important to register adverse events, to enable quick response to outbreaks, and to evaluate control measures,” the authors wrote. “However, most surveillance is based on time-consuming and resource-intensive manual review of patient records, which is also prone to subjective interpretation and surveillance bias.”

The team defined positive stool samples as when C difficile toxin A and/or B or a toxin-producing C difficile organisms was detected, based on cell cytotoxicity assay and toxigenic culture.

They also used a seven-day infection window period for the presence of CDI symptoms.

However, the investigators only used new episodes for the algorithm performance evaluation.

“Fully automated algorithms based on microbiological data with or without free-text analysis of symptoms performed well for surveillance purposes in detecting CDI, whereas an algorithm based on ICD-10 code had insufficient sensitivity,” the authors wrote. “This inadequacy was related to poor recording of the CDI ICD-10 code despite positive stool tests and symptoms for CDI.”

However, overall the study shows the algorithms could have some value in a hospital setting.

The study, “The accuracy of fully automated algorithms for surveillance of healthcare-onset Clostridioides difficile infections in hospitalized patients,” was published online in Antimicrobial Stewardship & Healthcare Epidemiology. 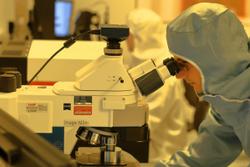