In new phase 3b findings, a greater proportion of patients treated with upadacitinib achieved EASI 75 at week 16 than those who received dupilumab.

New findings published this week indicated that upadacitinib (RINVOQ) may be more efficacious than dupilumab (DUPIXENT) in the treatment of atopic dermatitis.

The Phase 3b Heads Up study data, published by AbbVie, demonstrated that upadacitinib achieved superior results in terms of primary and all ranked secondary endpoints compared to dupilumab.

Investigators of the multicenter, randomized, double-blind, double-dummy, active comparator-controlled study evaluated the efficacy and safety of both treatments in adults with moderate to severe atopic dermatitis

Participants in the upadacitinib arm orally received 30 mg, once daily; while those in dupilumab arm subcutaneously received 300 mg of the drug, every other week.

Furthermore, dupilumab-treated patients received an initial 600 mg dose at baseline followed by the standard 300 mg dosage at every subsequent visit.

All patients were administered placebo throughout the study as well—the upadacitinib cohort subcutaneously received it every other week, and the dupilumab cohort orally received it each day.

Thus, the results showed that 71% of the patients who were treated with upadacitinib achieved EASI 75—versus 61% of patients treated with dupilumab (P = .006).

Further, after 2 weeks of treatment, 44% in the upadacitinib cohort achieved an EASI 75 response, while 18% of dupilumab-treated patients achieved a similar response.

For example, after just 1 week of treatment, the upadacitinib treatment group experienced a 31% percent reduction in itch—measured by Worse Pruritus Numerical Rating Scale (NRS)—compared with 9% in the dupilumab group (P < .001). These improvements were maintained through week 16.

In terms of upadacitnib’s safety profile, results were consistent with those observed in other Phase 3 studies, such as Measure Up 1, Measure Up 2, and AD Up.

The commonly observed adverse events through week 16 were acne for the upadacitinib group and conjunctivitis for the dupilumab group.

Furthermore, serious adverse events occurred in 2.9% of those who received upadacitinib and 1.2% of patients who received dupilumab. The investigators noted that serious infections were reported in 1.1% of the upadacitinib treatment group and 0.6% of the dupilumab group.

There was 1 treatment-emergent death due to bronchopneumonia associated with influenza A that occurred during the study.

"As we enter a new era of advanced therapies in atopic dermatitis, head-to-head studies like this will be important to help healthcare providers understand differences in therapies," said Michael Severino, M.D., vice chairman and president, AbbVie, in a statement. "These results add to our growing body of evidence for RINVOQ in atopic dermatitis, which is currently under review by health authorities." 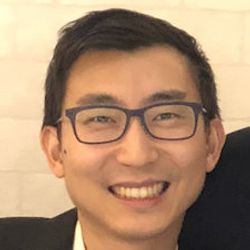