Current estimates indicate that non-adherence to stimulants is as high as 87%.

Although evidence demonstrates that stimulants offer protective effects for adults with ADHD, there is nonetheless an issue with non-adherence among the patient population. It is estimated that up to 87% of these patients fail to adhere to stimulant treatment.

Furthermore, as opposed to pediatricians, primary care providers may be less equipped and familiar with the diagnosis and therapeutic strategies of ADHD. Therefore, it becomes necessary to provide novel interventional tools—especially in the primary care setting—in order to increase adherence and optimize treatment for these patients.

This study was presented at the 2021 American Professional Society of ADHD and Related Disorders (APSARD) Annual Virtual Meeting.

The team enrolled a total of 112 adults aged 18-55 years, all of whom came from primary care and psychiatric practices.

“All participants received a customized ADHD-centric text message program that included reminders to adhere to the individualized medication regimen and to contact their clinician for a prescription refill followed by reminders to pick up medication from the pharmacy,” Fried and colleagues wrote.

Patients also received educational reminders regarding ADHD and its treatment. All patients received text messages for at least 37 days.

The investigators then used the Partners HealthCare electronic medical record (EMR) to match participants with patients who had been prescribed stimulant medications over a 1-year period (n = 336). Matching was done according to age, race, and sex.

They defined a patient’s index prescription accordingly. For those identified from the EMR system, index was considered the first stimulant prescription on record during the study time frame.

For patients receiving the SMS intervention, index was the date that text messaging initiated for them.

Fried and team then used documented prescription records to determine whether patients had timely refills.

The team also found that there was no significant interaction between the prescribing clinic and intervention group. This suggests, then, that the prescribing source may have no effect on improvement in adherence rate.

“[These] findings provide support for this accessible and inexpensive technology to improve the poor adherence rate to stimulant treatment in adults with ADHD,” the investigators concluded.

The study, “A Novel Digital Health Intervention to Improve Adherence to Stimulants in Adults With ADHD in the Primary Care Setting,” was presented at APSARD 2021.

The American Professional Society of ADHD and Related DisordersConferenceADHDPsychiatry 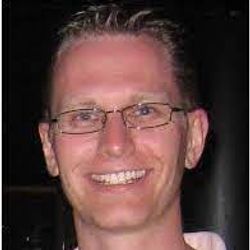