Recent data finds children treated for allergies with ≥14 consecutive days of corticosteroids experienced greater incidence rates than those not treated with a corticosteroid.

Investigators led by Tsung-Chieh Yao, MD, PhD, of the Department of Pediatrics at Chang Hung Memorial Hospital in Taiwan, found the treatment commonly prescribed to children for respiratory and allergy conditions had a 1.4 to 2.2-fold increased risk with a single corticosteroid burst. Burst are considered courses of corticosteroids for ≤14 days.

Limited data on the harm of short-term oral corticosteroids led investigators to use a self-controlled case study design in Taiwan. They studied 4 adverse events including GI bleeding, sepsis, pneumonia, and glaucoma.

The study was then compared to a recent longitudinal analysis of 15 million adults in Taiwan, compiled by Yao and colleagues.

The study took data containing records and prescription data from 2013 to 2017.

Each patient participant served as their own control in the study, given unmeasured time-invariant variables that were controlled in the succeeding analysis.

Severe adverse events were measured in the pretreatment period, considered 5-90 days prior to a burst.

Investigators compared pretreatment measurements to risks in 2 posttreatment periods after initiation of a burst. The first period collected data from 5-30 days and the second period from 31-90 days.

The sensitivity analyses examined participants who had prescriptions of topical corticosteroids before the study period, as well as the different durations of observation periods, with 180 days as the maximum posttreatment time analyzed.

The most common indications for corticosteroid use were acute respiratory tract infections and acute bronchitis and bronchiolitis, with all indications accounting for 65% of prescribed bursts.

Incidence rates per 1000 person-years for the 4 severe adverse events were greater for those administered a single burst versus those who were not prescribed corticosteroids.

Investigators found that in more than 4 million children, 42% were exposed to at least 1 corticosteroid burst in the study period of 5 years.

There was a significant association found between corticosteroid bursts and an increased rate of GI bleeding, sepsis and pneumonia, but not glaucoma, within the first month of corticosteroid therapy in children.

“Sepsis is a rare but potentially life-threatening event,” the team wrote. “Despite the small observed incidence rate difference in sepsis between children with and children without prescriptions of corticosteroid bursts, [the therapy] were associated with a 2-fold increased risk of sepsis during the first month after starting treatment.”

The team said that among the children in the study receiving corticosteroid bursts, 91% had no baseline comorbid condition. The majority were prescribed for non-life-threatening conditions.

Investigators called for a reevaluation of the prevalent use of corticosteroid bursts in children and the implementation of strategies with “optimal benefit to risk ratios for preventing avoidable harm.”

“Clinicians should be aware of these rare but potentially serious adverse events associated with use of corticosteroid bursts for children, particularly during the first month after corticosteroid initiation,” investigators wrote.

The study, “Association of Oral Corticosteroid Bursts With Severe Adverse Events in Children,” was published online in JAMA Pediatrics. 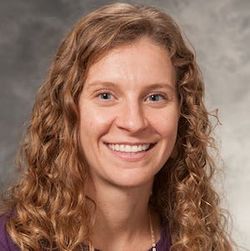 Isothiazolinone Allergy Found to Be Increasing in North America, Decreasing in Europe