Oral Tacrolimus Noninferior to IVCY in Patients with Lupus Nephritis

When combined with corticosteroids, the oral therapy appeared to be as effective as IVCY with a more favorable safety profile.

A recent investigation into therapeutic options for the management of lupus nephritis found that oral tacrolimus appeared to be noninferior to intravenous cyclophosphamide (IVCY). Tacrolimus also had a more favorable safety profile than IVCY, the latter of which has been associated with serious adverse effects.

Recent data suggests that up to 60% of patients with systemic lupus erythematosus (SLE) will develop lupus nephritis, a condition associated with increased morbidity and mortality.

A common therapy for lupus nephritis is high-dose corticosteroids and IVCY. However, CY is cytotoxic, and serious adverse events such as premature ovarian failure has been observed in long-term treatment.

Recent data suggests that tacrolimus as both a monotherapy and with corticosteroids is at least as effective as IVCY, but large-scale trials comparing the 2 therapies had been lacking.

This prompted investigators led by Haitao Zhang, MD, Nanjing University School of Medicine, China, to report on new phase 2 data on the efficacy and safety of tacrolimus compared to combination therapy.

The study was conducted across 35 centers in China, 2 of which did not enroll patients.

Patients were required to have 24-hour proteinuria of 1.5 g or greater and serum creatinine (SCr) levels less than 260 μmol/L, with the first patient being enrolled on March 10, 2015.

Overall, 505 patients were screened but 191 had failed screening. From there, the 314 eligible patients were randomized 1:1 to receive treatment with tacrolimus or IVCY for 24 weeks.

All patients received intravenous methylprednisolone pulse therapy (0.5 g/d for 3 days) prior to starting either treatment, followed by oral prednisone for 4 weeks.

Overall, 299 patients were treated with either therapy, with 157 in the tacrolimus group and 142 in the IVCY group.

Investigators observed a complete or partial response rate of 83.0% (117 patients) in the tacrolimus group and 75.0% (93 patients) in the IVCY group, and the least-square mean change in Systemic Lupus Erythematosus Disease Activity Index score was −8.6 with tacrolimus and −6.4 with IVCY was recorded at week 24.

Other changes such as kidney function appeared similar between both groups, as were serious treatment-emergent adverse events, 29 of which were from the tacrolimus group and 35 in the IVCY group.

Overall, Zhang and colleagues found the data to be encouraging. Though limited, the new data on tacrolimus for lupus nephritis appeared to rival that seen with IVCY therapy, with a stronger safety profile being observed.

“In this study, initial therapy with oral tacrolimus in combination with corticosteroids appears to be effective and have a more favorable safety profile in Chinese patients with LN,” the team wrote. “Our findings add to the increasing evidence supporting a role for tacrolimus as an alternative to IVCY for initial therapy of LN.”

The study, “Effect of Tacrolimus vs Intravenous Cyclophosphamide on Complete or Partial Response in Patients with Lupus Nephritis,” was published online in JAMA Open Network. 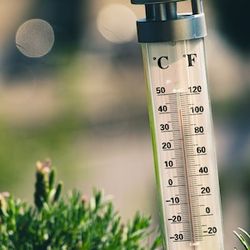