Pegcetacoplan NDA Submitted to FDA for Treatment of Geographic Atrophy

The NDA submission is based on results from the Phase 3 DERBY and OAKS studies and the Phase 2 FILLY study.

Today, a New Drug Application has been submitted to the US Food and Drug Administration (FDA) for intravitreal pegcetacoplan for the treatment of geographic atrophy (GA) secondary to age-related macular degeneration (AMD).

The application for the first potential drug indicated for treatment of GA was submitted by Apellis Pharmaceuticals, Inc, a global biopharmaceutical company.

“Pegcetacoplan is the only treatment that has shown the potential to meaningfully slow disease progression across three large studies with a representative, real-world population of GA patients,” said Jeffrey Eisele, PhD, chief development officer at Apellis in a release.

The agent is an investigational, targeted C3 therapy designed to regulate excessive activation of the complement cascade. It was previously granted Fast Track designation by the FDA.

This NDA submission is based on findings from the phase 3 DERBY and OAKS studies at 12 and 18 months and the Phase 2 FILLY study at 12 months.

Both DERBY (n = 621 patients) and OAKS (n = 637 patients) compared the efficacy and safety of intravitreal pegcetacoplan with sham injection in patients with GA secondary to AMD. The primary objective of both studies was to evaluate the efficacy of pegcetacoplan in patients with GA assessed by change in the total area of GA lesions from baseline measured by fundus autofluorescence at 12 months.

Further, the primary objective of the FILLY study (n = 246 patients) was to evaluate the efficacy of pegcetacoplan in patients with GA assessed by change in square root GA lesion size from baseline as measured by fundus autofluorescence at 12 months and 6 months of monitoring post-treatment.

The results from all 3 studies showed treatment with both monthly and every-other-month pegcetacoplan had a clinically meaningful reduction of GA lesion growth across a heterogeneous population of ≥1,000 patients. Additionally, all 3 studies showed the agent demonstrated a favorable safety profile.

“With the submission of our marketing application in the United States, we are now one step closer towards our goal of bringing the first GA treatment to patients living with this relentless and irreversible disease,” Eisele added.

The FDA decision on the NDA filing is expected in August 2022. The company noted its plan to submit a marketing authorization application to the European Medicines Agency in late 2022.

In a previous interview with HCPLive, DERBY primary investigator Jeffrey S. Heier, MD, director of retina service and retina research at the Ophthalmic Consultants of Boston highlighted the findings of the trial, showing pegcetacoplan provided up to 22% reduction in GA lesion growth.

“The findings from the 18-month trials were very reassuring, because what they did is, first of all, show that the limitation in GA progression noted at 1 year is continued,” Heier noted in the interview. “We also saw that the DERBY arm, which had not shown the same level of efficacy in the first year, actually looks closer to OAKS at 18 months.”

Heier went on to describe the motivation of patients to do anything to mitigate the effects of GA and his willingness to use the potentially approved treatment to slow the disease progression.

“It’s a debilitating disease and for many patients, it takes away their independence—and we don’t have a single treatment to offer them,” Heier explained. “Certainly, if this were a treatment that was approved, I would offer it to many of my patients with this disease.” 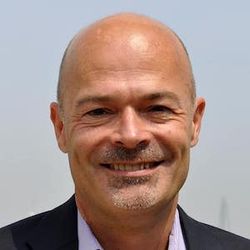