Physicians Reply to Study on Platelet-Rich Plasma for Knee Osteoarthritis

Authors of the study on PRP in knee osteoarthritis addressed the concerns shared by physicians in response to the method of their research.

A study investigating the effect of intra-articular platelet-rich plasma (PRP) on patients with knee osteoarthritis (OA) has been called into question by various professionals. Specifically, the value of platelet concentration in the context of this research was brought to attention.

Baria stated that he and Flanigan had concerns about the methodology and nomenclature of the study that found intra-articular injection of platelet-rich plasma did not significantly improve symptoms or joint structure at 12 months in patients with mild to moderate knee osteoarthritis compared with placebo injection.

The study authors reported that the PRP had platelets concentrated 1.2 times over baseline while other studies have shown the same concentration system resulted in a solution that had concentrated platelets 1.6 times.

Additionally, Baria pointed out that the standard deviation of the platelet counts demonstrated that some of the authors’ preparations had platelets reduced below baseline. Because of that, he said that injections used in the study can’t be referred to as PRP because they fall short of meeting the minimum concentration of PRP.

“While an accurate conclusion of this trial is that plasma is not superior to placebo for knee OA, this is still valuable information because plasma contains anabolic proteins, such as insulin-like growth factor 1, that have been sug- gested as potential therapeutics for knee OA,” Baria wrote. “Despite the presence of such growth factors, the work by Dr Bennell and colleagues demonstrates that plasma alone has no significant benefit for knee OA patients.”

Baria argued that platelet concentration matters. According to double-blind, placebo-controlled, randomized trials, a dose relationship for PRP in knee osteoarthritis has been observed and therefore, demonstrated its importance. In Bennell’s research, it’s possible that the PRP used failed to meet the therapeutic threshold because of the low platelet dose.

Also, Baria stated he and Flanigan believe that in the performance of clinical trials like Bennell’s, interventions need to be accurately conveyed in the definition and title of the study. While they believe Bennell’s team completed an excellent study on the use of plasma for patients with knee osteoarthritis, “the current title does not accurately represent the intervention.”

“The field of PRP needs studies with the rigorous design presented in this study,” they wrote “but we want to ensure that the PRP product used meets the standard definition and that premature conclusions are not drawn from the present work.”

Bennell, along with colleagues Kade L Paterson, PhD, and David J Hunter, PhD, responded to Baria and Flanigan’s statement claiming they miscalculated the platelet concentration that was used in her study by using the participant baseline whole blood platelet count and the manufacturer PRP mean platelet volume.

“We were unable to assess our participants’ PRP platelet count, but data from the manufacturer and an independent study report a concentration of 1.6 times baseline, which exceeds the US Food and Drug Administration’s minimum platelet concentration for PRP and meets Marx’s definition,” Bennell wrote.

“To our knowledge, no study has directly shown greater clinical efficacy with higher platelet concentrations; one found no relationship, while a systematic review found that high concentrations might be less effective,” she continued. “The study by Görmeli et al cited by Baria and Flanigan did not assess associations of platelet concentration and pain but found that 3 injections (the same number used in our study) were more effective than 1.” 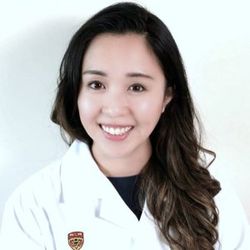