An investigation into the diffusion, capacity and drug concentrations showed predictable flexibility with the novel ophthalmic implant device.

The recently approved novel port delivery system (PDS) for ranibizumab (Lucentis) was shown to provide a consistent, predictable and even adjustable release of the anti-VEGF therapy into the retina of patients with neovascular age-related macular degeneration (nAMD), according to new research.

In a new trial presented at the Association for Research in Vision and Ophthalmology (ARVO) 2022 Meeting this weekend, a team of Genentech investigators showed data suggesting the PDS could be a flexible and even patient-tailored method for standard-care anti-VEGF treatment delivery to patients—even beyond ranibizumab.

The US Food and Drug Administration (FDA) originally approved the PDS with ranibizumab for the treatment of adults with nAMD in October 2021. The device is a surgically implanted, permanent treatment port that directly and continually provides treatment to the affected eyes of patients. It requires twice-annual “refill” administrations, but ultimately ends the need for continual intravitreal injection administrations.

A Genentech-sponsored team of investigators, led by senior scientist Judit Horvath, PhD, conducted an in vitro assessment to verify the modeled drug release kinetics of a PDS implant, which is controlled by the porous release control element (RCE) via passive diffusion. The team reported the effects of varying drug and implant parameters of PDS in patients at ARVO 2022.

Investigators observed a decreased rate of PDS release over time, while changing initial ranibizumab concentration from 10 mg/mL to 150 mg/mL increased the starting drug release rates from 1.75 to 25.2 mcg daily, respectively; the observed release of ranibizumab closely followed the team’s model predictions over a 6-month period, evidencing its predictability.

Though the current PDS implant volume is fixed at 20 mcL, the team assessed a range of volumes from 10 – 100 mcL. “In model predictions for ranibizumab 100 mg/mL, starting drug release is consistent at 13.9–14.5 mcg/day across varying implant volumes, with drug release at 6 months ranging from 1 mcg/day (10-mcL implant) to 11 µg/day (100-mcL implant),” they reported.

While the PDS implant is optimized for ranibizumab release—with an RCE release rate index (RRI) of 0.024 mm—investigators observed that altering the RCE pore size of drug diffusion coefficient significantly impacted the implant half-life; decreasing the RRI from 0.024 to 0.008 mm increased the half-life from 14 to 42 weeks in assessments with ranibizumab 100 mg/mL.

“Drug release from the PDS implant was demonstrated to be highly predictable and tunable based on a simple diffusion model,” investigators concluded. “The Port Delivery System offers a flexible platform technology, with the ability to tailor implant release kinetics by careful selection of the drug molecule, drug concentration, and specific implant parameters.”

Association for Research in Vision and OphthalmologyConferenceOphthalmologyInternal Medicine 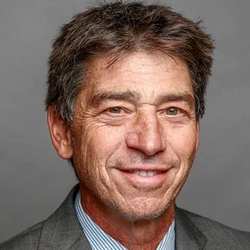 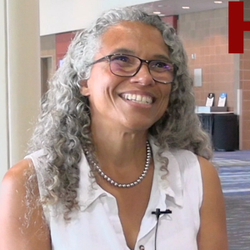 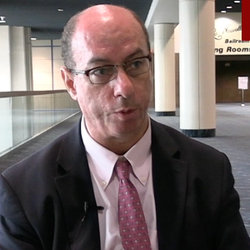