New research has helped to validate a predictive design model created to identify those most at risk for developing fibromyalgia.

In a recent study from Spain, a predictive model designed to identify people who may be at risk of developing fibromyalgia showed strong predictive capacity.

There are no biological markers to diagnose fibromyalgia, which led to the American College of Rheumatology (ACR) deciding upon a set of diagnostic criteria beginning in 1990 to today.

These criteria still did not provide predictive capabilities for clinicians, so this study was designed with the express purpose of validating a predictive design model to identify populations at risk for the disease.

The study was led by N. Benachi Sandoval, from University of Barcelona’s Department of Public Health, Mental Health and Maternal and Child Health Nursing.

“Considering the above, the purpose of our study was to design and validate a predictive formula (risk calculator), easy to use from the primary care consultation to quantify the risk of suffering from the disease and thereby reduce the average time of diagnosis confirmation,” Sandoval and colleagues wrote.

The investigators conducted a  retrospective, multicenter, observational, cohort study with patients recruited who were ages 18 years or older with either a fibromyalgia or arthritis diagnosis.

The patients had to have been to 1 of 4 primary health centers in Barcelona between 2017 and 2020, and they had to have a diagnosis of arthritis or fibromyalgia.

The participants recruited by the research team for the study ended up totalling 198 with fibromyalgia, specifically with 93 having osteoarthritis, 4 having rheumatoid arthritis, and 20 having other types of arthritis.

After performing a literature review using databases such as PubMed and BioMed Central, the investigators used epidemiological characteristic research to formulate their patient questionnaire and continue to develop their model.

After the researchers performed their regression analysis, they used Bootstrap validation of their pre-specified model and made the final model using the Bootstrap samples.

The investigators found that the final model’s predictive factors included the following:

The research team also noted that the final model’s predictive factors were self-reported by their participants, and that the predictive capacity of their design adjusted by Bootstrapping was found to be 0.972 (95% CI: 0.955 – 0.986).

The team further added that their predictive design model was found to have a sensitivity of 95.94%, a specificity of 91.34%, and 94.14% being correctly classified, with an overall high predictive capacity (AUC adjusted by Bootstrap samples = 0.972).

“The fibromyalgia risk calculator is presented as an easy-to-apply detection tool, with a high predictive capacity…” they wrote. “Using the risk calculator, prediction percentages >50% identified the population at risk of having the disease. Its regular use in health care could reduce the average time to diagnostic confirmation through the ACR 1990 criteria.”

The study, “Design and validation of a predictive model for determining the risk of developing fibromyalgia,” was published online in Clinical and Experimental Rheumatology. 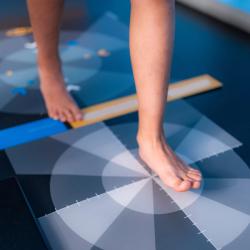 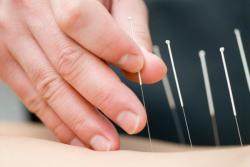