Pregnant Women with Psoriasis at Increased Risk of Ectopic Pregnancy

Previous research has suggested that psoriasis could affect both fecundity and fertility, leading to spontaneous abortion and ectopic pregnancy.

A significant association between ectopic pregnancy and psoriasis was determined in a new investigation from Denmark, with a confirmed absolute risk of 3.98%.

Among the 2-4% of the global population is affected by psoriasis, approximately half are women of “childbearing potential”. Previous research has suggested that psoriasis could affect both fecundity and fertility, leading to spontaneous abortion and ectopic pregnancy.

Furthermore, it’s been hypothesized that women with psoriasis have a higher prevalence of known risk factors for adverse pregnancy outcomes (APO) including obesity, smoking, gestational hypertension, and lower fertility rates.

However, studies regarding psoriasis and APOs have been limited.

An investigative team led by Cæcilie Bachdal Johansen, MD, of the Bispebjerg and Frederiksberg Hospital, investigated whether women with psoriasis were at a higher risk of having an APO in addition to its association with psoriasis severity and psoriatic arthritis.

Johansen and colleagues conducted a register-based case control study that collected data on pregnant women from Denmark from 1973 to 2017.

Collected data included medical and socioeconomic baseline characteristics in the baseline period from 1973 into the individual index date.

Cases were women with an APO, controls included women with a singleton live birth, and psoriasis was the exposure. A sub analysis was performed in women with psoriatic arthritis as well.

Psoriasis severity was defined via psoriasis treatment prior to the index date, while moderate to severe psoriasis in particular was defined by administered systemic antipsoriatic drugs including adalimumab, guselkumab, secukinumab, and more.

Overall, a total of 491,963 women with first-time pregnancy outcomes were identified, 689 of whom were excluded for having 2 registered outcomes.

This significance remained after adjusting for age, body mass index, and smoking status.

Investigators noted that, generally speaking, the prevalence of ectopic pregnancy in Denmark is approximately 1%. However, the prevalence was higher in women with psoriasis, peaking among women with moderate to severe disease that rendered a roughly 3-fold increased risk.

Considering that ectopic pregnancy is the leading cause of maternal morbidity and mortality in the first trimester of pregnancy, investigators believed their study called for specific care of women in the reproductive stage of life with psoriasis, which included informing patients to seek emergency gynecologic evaluation in the event of lower abdominal pain, unplanned absence of menstruation, and concurrent light bleeding.

“Clinical studies are needed to examine the potential causality between psoriasis and APOs,” the team wrote.

The study, "Psoriasis and adverse pregnancy outcomes: A nationwide case-control study in 491,274 women in Denmark," was published online in JAAD International. 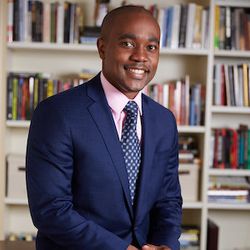