More research is needed to understand the pathogenesis underlying this association.

A new study from Taiwan found that patients with psoriasis are at increased risk for retinal diseases.

“Recent studies have shown that ophthalmic complications are estimated to occur in approximately 10% of psoriasis patients, and those with pustular psoriasis and psoriatic arthritis have the highest risk for these.”

However, the investigators noted the limited data on retinal risk for such patients.

Overall, the team evaluated a total of 11,729 patients and 117,290 controls. Each patient was matched with 10 controls selected from the Longitudinal Health Insurance Database (LHID).

As such, the primary outcome sought by the team was new-onset retinal diseases, as diagnosed at least 3 times by board-certified ophthalmologists. Any patients with a previous diagnosis of retinal diseases were excluded from the study.

“Compared with controls, patients with psoriasis had an adjusted hazard ratio (aHR) of 3.40 (95% CI, 2.63–4.39) for retinal diseases after adjustment for potential confounders,” Dai and team reported.

They also observed that the median age at diagnosis of retinal disease onset was 56.5 years in patients with psoriasis versus 60.9 years in controls (P = .0079).

Risk for retinal diseases was notably high across age groups and sexes.

“In this study, we found that patients with psoriasis had a significantly higher risk of developing retinal diseases, including retinal detachment, retinal vascular occlusion, and retinopathy than controls,” the investigators wrote. “In addition, psoriasis patients had a younger age of onset for retinal diseases than those without psoriasis.”

Further research is needed to understand the pathogenesis underlying this association, they indicated.

“Dermatologists treating patients with psoriasis should be aware of these possible comorbidities and refer patients with ocular symptoms to ophthalmologists for further management,” Dai and team concluded.

The study, “Risk of retinal diseases in patients with psoriasis: A population- based cohort study in Taiwan,” was published online in The Journal of Dermatology. 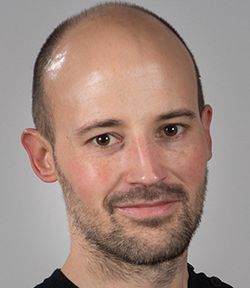