An assessment of survey data show patients with severe depressive or psychological symptoms are more likely to be dissatisfied with their dermatologist.

Psoriasis patients with mental illness or depression burden are more likely to be dissatisfied with their clinicians than patients without mental health symptoms, according to a new study.

Clinical investigators Charlotte Read, MBBS, BSc, of the Imperial College London, and April W. Armstrong, MD, MPH, of the USC Keck School of Medicine, reported findings in a retrospective survey analysis of 14 years of longitudinal data showing that dermatologic clinician-patient communication is lacking among those who suffer with a mental illness.

The resolution, Read and Armstrong wrote, may be improved dermatologist guidance and evaluations.

The pair of investigators sought to examine associations between mental health comorbidities in US adult patients with psoriasis and their satisfaction with physicians. They did so by analyzing the 2004-2017 Medical Expenditure Panel Survey, a publicly available database which nationally represents treated US adults for approximately 2 consecutive years.

Their assessment included survey participants who were ≥18 years old, diagnosed with psoriasis, reported patient satisfaction with their clinician, and had completed either the Kessler 6-Item Psychological Distress Scale (K-6) or the Patient Health Questionnaire 2 (PHQ2).

The findings showing that patients with greater psychological distress or depression symptoms have lower patient satisfaction with their clinician may be indicative of an association between mental health status and their perception of the quality of interactions with healthcare professionals, Read and Armstrong wrote.

It could also indicate that, even if a clinician were to deliver consistent, high-quality care, some patients may perceive it to be worse partially due to their mental health status.

That said, the pair reiterated it is important dermatologists consider the psychological burdens a patient with psoriasis may be at risk from when treating them directly.

“It is important for clinicians to be adaptable and supportive in their communication style in caring for these patients,” they concluded. “It is also important to recognize that evaluating clinician performance solely based on patient satisfaction can be problematic and incomplete.”

The study, “Association Between the Mental Health of Patients With Psoriasis and Their Satisfaction With Physicians,” was published online in JAMA Dermatology. 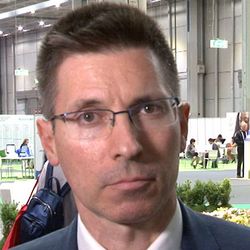