Although the clinical significance of severe aortic stenosis (AS) is known, most modern data on incidence and death of patients with AS has come from tertiary centers and specialized studies on aortic valve replacement (AVR).

In a recent study, a team of investigators, led by Augustin Coisne, MD, Heart Valve Clinic, Institut Coeur Poumon, aimed to provide new insight into the natural history of outpatients with native AS, as well as incidence of death in those presenting with native valvular AS.

Results from the study showed patients with moderate AS had a higher risk of cardiovascular death compared to patients with mild AS, but overall showed much lower risk than patients with severe AS, which remained after adjustment for baseline characteristics.

The multi-center VALVENOR study enrolled outpatients (n = 2830) with native valvular AS between May 2016 - December 2017.

Additionally, patients with peak aortic jet velocity of 2.5 m/s or greater on transthoracic echocardiography (TTE) were prospectively included by 117 cardiologists in the Nord-Pas-de-Calais region of France during outpatient visits.

A total of 2703 patients completed follow-up, including the survival of patients with AS with both cardiovascular and noncardiovascular causes of death observed. The study analysis occurred between August - November 2020.

Investigators identified outcomes as natural history, the need for AVR, and survival of patients with AS during follow-up.

After adjustment for baseline characteristics, similar results were observed for all-cause and cardiovascular mortality.

Similarly, in asymptomatic patients, both moderate and mild AS had associations with similar cardiovascular mortality (HR, 0.99; 95%CI, 0.44 - 2.21).

“Our data demonstrate that the principal causes of cardiovascular mortality, HF, and sudden death have a proportional graduation with increasing AS severity,” investigators wrote.

The study, “Association of Mortality With Aortic Stenosis Severity in Outpatients,” was published online in JAMA Cardiology. 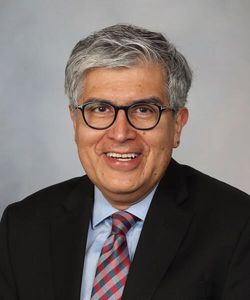