A new assessment shows about 60% of treatment-naive patients are not prescribed the most common drug class within 1 year of secondary edema.

Despite having become the standard of care in patients with diabetic macular edema, anti-vascular endothelial growth factor (VEGF) therapy was shown to not be consistently prescribed to patients with macular edema secondary to retinal vein occlusion.

In new clinical data originally planned for presentation the Association for Research in Vision and Ophthalmology (ARVO) 2020 Annual Meeting this year, a team of investigators uncovered distinct disparities of initial care for secondary macular edema among treatment-naïve patients with either branch or central retinal vein occlusion (BRVO; CRVO).

The Genentech-supported investigators, led by Gloria Chi, PhD, MPH, of Personalized Heath Care Data Science at the pharmaceutical company, sought to interpret treatment patterns among US patients with either form of retinal vein occlusion newly diagnosed with macular edema.

They conducted a retrospective cohort assessment of claims data via the Truven MarketScan database from January 2017-June 2018. Adults with index diagnoses of macular edema secondary to BRVO or CRVO were identified through ICD 10 codes.

Chi and colleagues included patients with ≥180 days of lookback and ≥365 days of follow-up following the index in their assessment. Patients with age-related macular degeneration, diabetic macular edema, and prior history of therapies including anti-VEGF, laser, corticosteroid, or combination therapy were excluded.

The team also assessed the number of anti-VEGF injections received within 1 year among eligible patients.

Approximately 3 in every 5 patients were not administered therapy in the first year after their macular edema diagnosis. Anti-VEGF therapy, which was the most commonly prescribed medicine across both patient groups, was administered to 21% and 25% of BRVO and CRVO patients, respectively.

Overall, among patients to receive therapy, more than 70% received either lone or combination anti-VEGF injections. Mean injections within 1 year of anti-VEGF care was 4.8 (SD, 3.0) for BRVO patients, and 5.0 (SD, 2.9) for CRVO patients.

As anticipated, anti-VEGF was the most commonly prescribed therapy to new, treatment-naïve patients with retinal vein occlusion and newly diagnosed macular edema.

But interestingly, it was not the majority practice within the first year of diagnosis. More could be contrived from understanding patient status at the time of their care.

“Using claims data, we were unable to assess how treatment was related to disease severity,” Chi and colleagues noted. “It is possible that untreated patients had [macular edema] that did not impact vision or had more mild disease that did not result in treatment.”

Investigators concluded that additional research is necessary to understand the drivers of treatment in patients with macular edema secondary to retinal vein occlusion.

Association for Research in Vision and OphthalmologyConferenceOphthalmologyDiabetic Macular Edema 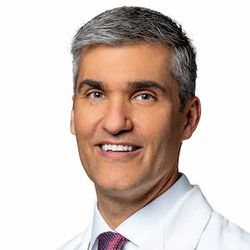 Helpful Hints for Use of Biosimilars in Ophthalmology Practices
x