Scott Urquhart, PA-C: The Many Benefits of SGLT2 Inhibitors

Through clinical trials, investigators find that SGLT2 inhibitors are not only safe, but have several cardiovascular benefits.

Clinical trials have long shown that SGLT2 inhibitors have a number of positive cardiovascular benefits for patients.

In an interview with MD Magazine® during the 2nd Annual Advanced Practice Collaborative on September 7, Scott Urquhart, PA-C, adjunct clinical professor at the James Madison University PA program explained some of the benefits of the drug, as well as how reducing cardiovascular disease plays a role in diabetes.

MD Mag: SGLT2 inhibitors are a hot topic for diabetics and non-diabetics. How exciting is it to see these agents have an impact on improving cardiovascular health in major trials?

Urquhart: Lots of changes have really occurred in the time with diabetes and I've been practicing since 1996 and as we see this evolution and time and kind of what we've done now with these newer trials, cardiovascular trials. They evolved from 2007 when there was a meta-analysis done thinking that one of the agents TZD class was actually a cause for increased risk of cardiovascular events and as a result FDA stepped in and designed ways in which were to further investigate the safety of all new drugs coming to the market from 2008 and onward.

And looking at the safety of these drugs we find they're safe but then we stumbled across or kind of they predicted in the trials that there might be some cardiovascular benefits associated with them. So, in addition to other classes, the SGLT2 inhibitor class has been very exciting and seeing improvements in cardiovascular outcomes particularly that in heart failure. But also the real exciting part now that we're seeing is the benefits also in in kidney function preserving kidney function delaying onset for end-stage renal disease and protecting from microbial malaria and so forth. So, lots of benefits on the kidney in the heart and we know that there the kidney in the harder are intertwined together working together as is very unique systems.

Urquhart: That's a great question because I think when we look at our patient populations right now. So, I'm an endocrinology and we see a lot more patients in my practice cardiovascular disease then perhaps people in primary care settings where they may be seeing more healthy patients with less chronic conditions. So, in their practice setting they may be seeing 15% of the population, 20% of population has cardiovascular disease with their type 2 diabetes. In my practice setting it could be as high as 40 or 50% and then of course cardiology it's nearly 100%. 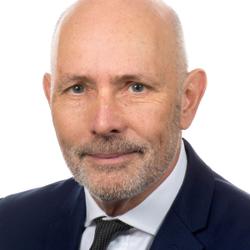 Non-Steroidal Immunosuppressants for AD May Not Impact Dupilumab Treatment