Sirimon Reutrakul, MD, discusses what providers should do based on the findings of a new study presented at ADA 2020.

The findings of the study, “Impact of Continuous Positive Airway Pressure Compliance on Complications in Patients with Type 2 Diabetes and Obstructive Sleep Apnea,” were presented at the American Diabetes Association’s (ADA’s) 80th Virtual Scientific Sessions.

A team of investigators conducted a single-center, retrospective review on patients with type 2 diabetes who were diagnosed with obstructive sleep apnea between 2010 and 2018. The colleagues used the first available continuous positive airway pressure report following polysomnography to determine compliance. They defined compliance as the usage of the continuous positive airway pressure for >4 hours per night for >70% of nights.

In total, 1295 patients took part in the study. Of those patients, 19.4% were compliant, 26.2% were non-compliant with continuous positive airway pressure, while 55.3% had insufficient data. In comparison, those who were compliant had significantly lower systolic blood pressure (β=-2.28 mmHg, P=.0002), lower diastolic blood pressure (β=-2.52 mmHg, P <.0001), and higher high-density lipoprotein cholesterol (β=3.81 mg/dL, P=.03) than those who were non-compliant.

Sleep apnea is extremely prevalent in patients with diabetes, study investigator Sirimon Reutrakul, MD, said in a recent interview with HCPLive®. In fact, anywhere from 50-80% of those with diabetes have the condition. ADA suggests that healthcare providers should be vigilant in screening patients for sleep apnea, especially those with symptoms like daytime sleepiness.

If a patient with diabetes has sleep apnea, providers should encourage them to continue continuous positive airway pressure treatment. Such treatment has been shown to improve the quality of life and reduce symptoms of the condition.

“Keep in the back of your mind that it is another contributing factor and if people have sleep apnea, encourage them to seek help with a sleep doctor, continue to use the device, and continue to follow up,” she concluded. 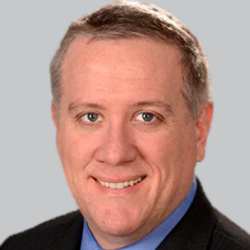