Earlier this year, the American Psychiatric Association (APA) announced that Rebecca W. Brendel, MD, JD, was chosen as the society’s next president-elect, following the conclusion of this week’s annual meeting in New Orleans.

Brendel, director of the Master’s Degree Program at the Harvard Medical School Center for Bioethics, assistant professor of psychiatry at Harvard, and a psychiatrist at Massachusetts General Hospital, provides a unique background in clinical work and bioethics leadership that may perfectly suit her prize goal as APA president-elect: “the roadmap to the future.”

In an interview with HCPLive while at APA 2022, Brendel discussed a series of major topics headlining the annual meeting—as well as those which may permeate through her presidency and beyond. She spoke to this year’s theme of Social Determinants of Mental Health—a subject which given increasing natural disasters, political and global instabilities and the ongoing COVID-19 pandemic is now more relevant than ever.

“We know the places where we live can affect our mental health, which then affects our physical health,” Brendel said. “We have a system and structure that leads to disparate effects of those who have the most and need the most.”

On the subject of mental health disparity, Brendel discussed the understood roles of factors including race and socioeconomic status in determining likely outcomes for affected patients. She pointed to the efforts to “objectively allocate critical care resources” during early response to COVID-19—an effort which fell short when realizing the disparate impact of the virus alone on Americans.

“What we failed to recognize is the depth and breadth of these challenges and disparities—so much that in particular for Indigenous and Black Americans, they died in nearly twice their population share from COVID-19,” she said.

Brendel highlighted a session she would be leading at the meeting in New Orleans that touched on the disparate impact of Hurricane Katrina 2 decades ago—a natural disaster that coupled with the city’s historic challenges in population density and poverty rates to create an exponentially worse mental health crisis for well after the hurricane.

“The fact we were not prepared for the disparate impact of COVID-19 and the fact that we’ve had so much trouble learning is something we’ll have to reckon with for decades to come,” Brendel said.

Regarding the booming research and application of novel psychiatric drugs including ketamine and psilocybin, Brendel touched on the need for ethical, legal and regulatory guidelines to ensure care and research remains appropriate for the field—all the while acknowledging that these drug classes may bring long sought-after change to the field.

“It’s such a great question, because innovation is so critical to being able to effectively to treat mental illness in particular—where we’ve lagged behind in completely novel therapeutics compared to other areas of medicine for a very long time,” Brendel said.

Lastly, Brendel discussed her roadmap to the future of psychiatry, which she said will include efforts to prepare the field and organization for the “unprecedented mental health demands coming from the post-pandemic era.”

“Many have called it a twin mental health pandemic,” Brendel said. “We’re looking across public engagement, supporting psychiatrists in the profession, and policy initiatives to ensure that once and for all, we can achieve our aim of making mental health care available for every American and actually putting into practices that there’s no health without mental health.”

In the Search for COVID-19 Therapies, Fluvoxamine Lacks Significant Impact 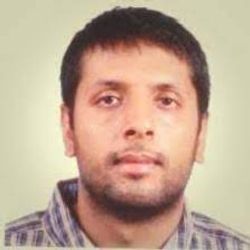