Patient-reported measures of wellbeing and treatment progression may better serve subspecialists treating severe asthma with biologics than their own assessments, according to findings from the ongoing CHRONICLE study.

The findings also fulfill a clinical gap in real-world assessment into the benefit of such tests for both patients and their physicians.

“This is very cool, because at the end of the day, what we’re trying to do is characterize the attributes of providers with regard to the use of biologics and other medications in the space,” Panettieri said.

Approximately 5% to 10% of all patients with asthma suffer from a severe form of the condition. The CHRONICLE study is an ongoing assessment of patients with severe asthma treated by US allergists or pulmonologists. All eligible patients are ≥18 years old, receiving either biologics and/or maintenance systemic corticosteroids (CS), or are uncontrolled while receiving high-dosage CS with additional controllers (HD ICS+).

At patient enrollment, physicians reported their assessment of asthma control, while patients completed an online ACT. Both physicians and patients would complete the GETE, blinded to each other’s responses.

Panettieri and colleagues observed 659 enrolled patients. Of them, 398 (60%) completed online surveys at enrollment. Of these patients, 69% were female, 82% were white, and median patient age was 54 years old.

A majority (71%) were on biologics; 13% were on maintenance CS; 18% were on HD ICS+. Physicians reported patient control status and their treatment effectiveness via patient verbal reports (49% of patients), lung function testing (44%), in-office ACT (40%), or by recent exacerbations (39%).

Physician and patient classifications for whether or not their severe asthma was controlled was agreed for 62% of patients. Of the pairs with disagreement, 32% of cases were classified as controlled by the physician, but not by patient ACT.

Among cases considered under control by physicians, most (53%) were actually deemed not well-controlled per patient ACT. Among patients on maintenance CS or HD ICS+, 79% of the combined populations fell under this category.

Investigators concluded the findings show a “significant overestimation” of disease control among physicians compared to patient ACT. Though previous assessments have evidenced this finding, the CHRONICLE assessment also indicated that patient self-report of asthma control is more closely aligned—yet still an overestimation of control.

Though patients more frequently reported improvement with treatment than physicians, it did not equate to actually achieved control.

Panettieri advised physicians or specialists use the ACT or a similarly validated instrument to guide therapy decisions in severe asthma. And though patient perspective is critical in the process, it should not be relied on to dictate treatment effectiveness and control.

The study, “Comparison of Asthma Control and Treatment Effectiveness Assessments Between US Patients with Asthma and Treating Subspecialists: Real-World Data from the Chronicle Study,” was presented at CHEST 2019. 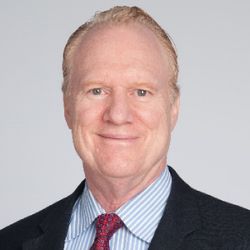