Study Cites Prevalence of OSA in Patients with Rheumatoid Arthritis

Researchers from Texas determined the global prevalence of OSA using 8 unique studies involving patients with rheumatoid arthritis from around the world.

Investigators from Texas Tech University Health Sciences Center in El Paso found a high prevalence of obstructive sleep apnea (OSA) in patients with rheumatoid arthritis. The findings come with several complications, such as increased in risk of higher body mass index (BMI) and a promising association with increasing age.

It was the most comprehensive meta-analysis on the prevalence of OSA in the rheumatic disease population, according to the investigators involved in the study.

Early in the study, investigators, led by Bhaskar Thakur, PhD, touched on the significant public health issue that OSA presented in recent years.

Obstructive sleep apnea is characterized by recurring apneas or hypopneas during sleep, the latter of which was defined as a 30% reduction in airflow for at least 10 seconds accompanied by a 4% reduction in oxygen saturation.

Although OSA has been associated with an increased risk of cardiovascular disease as well as increasing age, obesity or larger BMI, and larger neck circumference, there remained a substantial deficit in published research prior to the new study.

With their research, Thakur and colleagues focused their attention on patients with rheumatoid arthritis to recognize the prevalence and risk factors of OSA in that population.

A systematic literature search involving PubMed, Scopus, and EMBASE was conducted until October 30, 2020. In addition to that, up to 10 pages of the Google Scholar database were reviewed to obtain relevant studies that may have been overlooked.

The investigators identified 94 records from 136 searched documents found in the electronic databases and pulled a total of 8 unique studies from around the world. Of all the available studies, 3 were conducted in the US, with the remaining studies coming from Japan, Saudi Arabia, Taiwan, Egypt, and Brazil.

The 8 studies offered up 585 patients with OSA among a total of 37,285 patients with rheumatoid arthritis. Most of the patients were women (78%), and the age range of all participants fell between 40-67 years old.

The reported range of disease duration was 6-23 years.

Finally, a sensitivity analyses was performed based on the publication period and diagnostic criteria of the studies collected.

In 1 study alone, the sensitivity analyses found that OSA prevalence was 79.3% of the study population. However, the study focused primarily on patients with rheumatoid arthritis and occipitocervical lesions, which the investigators believed may have significantly contributed to the observed heterogeneity.

Once the Japan study was excluded, the OSA prevalence in patients with rheumatoid arthritis was reduced to 23.9%.

There was no reduction in the heterogeneity measure in the study.

Overall, Thakur and investigators observed that OSA was prevalent in 29.8% of patients with rheumatoid arthritis, although previous data claimed the prevalence was 50%.

Several studies linked a high prevalence of OSA to occipitocervical lesions or occipitocervical disease. Additionally, previous evidence of rheumatoid arthritis causing damage to the upper cervical spine was referenced in the study, as the investigators believed it to be a causal factor for both OSA and central sleep apnea.

An increased BMI was also associated with OSA in the rheumatoid arthritis population, although a lack of evidence was noted.

While the investigators did show a high level of heterogeneity in the prevelance of OSA in patients with rheumatoid arthritis, they also recommended ways in which it could be managed by patients and health care professionals.

“Referral to a dedicated sleep clinic for further diagnostic assessment and therapy as required would be appropriate,” the team said. “Treatment for co-existing OSA in patients with RA may prove beneficial in terms of future cardiovascular and respiratory morbidity, as well as potentially improving measures of inflammation, pain, and fatigue.”

The study, “Prevalence of obstructive sleep apnea among patients with rheumatoid arthritis and its association with age and body mass index: A systematic review and meta-analysis,” was published online in the International Journal of Rheumatic Diseases 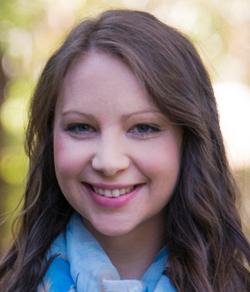 Cost and Health Outcomes of Treprostinil and Selexipag Similar
x