Study Finds Evidence of ADHD Overdiagnoses in Children and Adolescents

A recent study found evidence of overdiagnosis and overtreatment of ADHD in children and adolescents.

Investigators from the University of Sydney School of Public Health led by Luise Kazda, MPH, found long-term effects in diagnosing and treating ADHD in young patients with only mild symptoms. The overdiagnosis of ADHD may negatively affect those with less severe cases of the disease, as the harm outweighs the benefits of treatment.

The team collected data from peer-reviewed primary and secondary studies in children and adolescents from January 1, 1979 to August 21, 2020. They retrieved 12,267 records and 334 (2.7%) studies were included after review. Of them, 273 were primary and 61 were secondary research articles.

Investigators reviewed data to identify and synthesize evidence on overdiagnosis of ADHD and implemented a five-question framework for their study. Here are the 5 questions, and the respective research answers:

Is there potential for increased diagnosis?

Evidence of a reservoir of ADHD was found in 104 studies, marking a potential increase in diagnoses. Large variations between subpopulations were found in 48 studies, including 25 studies showing lower diagnosis of ADHD in girls than boys, and 11 studies showing younger children were more likely to be diagnosed than older children.

Researchers found evidence that ADHD diagnoses did increase in 45 studies. The data revealed 30 studies estimated change in diagnostic prevalence of ADHD over time, with 27 showing increased trends in diagnoses.

Additional diagnoses may be on the milder side of ADHD spectrum, according to 25 studies. Five studies reported a small proportion of all diagnosed youths displayed severe ADHD behaviors.

Have some additional cases been treated?

Pharmacological treatment increased, according to 83 studies, with 64 studies showing an increasing percentage of youths pharmacologically treated for ADHD.

Data show that 151 studies reported on outcomes of diagnosis and pharmacological treatment, but only 5 studies evaluated benefits and harms among the additional milder cases. Other studies including 3 of 85 on indirect outcomes of treatment suggested treatment was only beneficial in academic outcomes for those with severe symptoms, and could be harmful to milder cases.

The outcome of medication is disputed, with 24 studies supporting substantial short-term symptom reduction, but 3 studies finding no difference between youths who were treated and those untreated in a long-term follow-up.

Investigators believed they are supported by data in their hypothesis of diminishing returns, as the harm in youths with mild symptoms outweighs the benefit of treatment.

However, future research is necessary to bridge gaps in evidence of diminishing returns.

“Despite an abundance of research in the field of ADHD, gaps in evidence remain,” investigators wrote. “In particular, high-quality studies on the long-term benefits and harms of diagnosing and treating ADHD in young people with milder symptoms are needed to inform safe and equitable practice and policy.”

The study, “Overdiagnosis of Attention-Deficit/Hyperactivity Disorder in Children and Adolescents: A Systematic Scoping Review” was published online in JAMA Network Open. 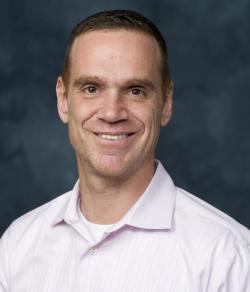