In a comparison, investigators find that surgery is more successful in treating GERD patients who do not respond to protein pump inhibitors.

While protein pump inhibitors (PPI) have a track record of treating gastroesophageal reflux disease (GERD), surgery is seen as the best option for those who do not respond to medication suffering from GERD-related heartburn.

GERD is an extremely common issue, especially in western countries. It’s estimated that approximately 20% of adults in the US suffer from GERD.

Despite 40% of patients with GERD using protein pump inhibitors, the majority still have symptoms of reflux disease.

“So, it's a very common problem and we really didn't know what to do with those patients,” Spechler said in an interview with MD Magazine®.

Prior to the study the standard procedure was to keep patients on protein pump inhibitors even if they weren’t responding to them.

There are also drugs available that in theory prevent reflux, such as baclofen, and neuromodulators like antidepressant drugs that interfere with pain signals from the esophagus that are being interpreted as pain by the central nervous system.

While these different treatments were available and regularly prescribed, Spechler said there were not a lot of high quality studies proving that they were effective.

There was also a surgical option for patients in fundoplication, but it is also unclear how effective this procedure is in patients who do not respond to protein pump inhibitors.

The primary outcome of the study was treatment success, defined as a decrease of 50% or more in the Gastroesophageal Reflux Disease (GERD)—Health Related Quality of Life score at 1 year.

The difference in the incidence of treatment success between the active medical group and the control medical group was 16 percentage points (95% CI,−5-38; P =.17).

In the study, each patient was given 20 mg of omeprazole twice a day taken about 30 minutes before meals.

According to Spechler, these drugs must be taken at very specific times to be effective and roughly 11% of patients who entered the study because they had PPI refractory heartburn responded to the medication when taken at the proper times.

The study, “Randomized Trial of Medical versus Surgical Treatment for Refractory Heartburn,” was published online in The New England Journal of Medicine. 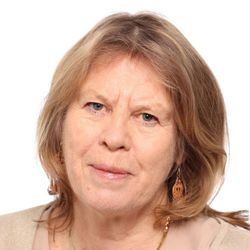