The rates of both diseases have been increasingly linked in recent years.

Each year the prevalence of type 1 diabetes mellitus and attention deficit hyperactivity disorder (ADHD) is increasing in adolescent patients.

However, very few studies have focused on the impact the dual disorders can cause in this patient population.

In data presented during the 2021 American Psychiatry Association’s (APA) Annual Meeting, a team led by Jatminderpal Bhela, MD, Windsor University School of Medicine, explored whether or not type 1 diabetes mellitus increases the risk of ADHD in pediatric patients.

The researchers conducted an advanced literature search following MOOSE guidelines and identified 2300 observational studies conducted on comparing the prevalence of ADHD in adolescents with or without type 1 diabetes mellitus between December 2019 and April 2020.

Earlier this year, researchers found secondhand exposure to smoke may have more of an impact on a child’s hyperactivity than prenatal exposure.

Using multiple regression and controlling for relevant covariates, the investigators reported that secondhand smoke (B = .17, t(215) = 2.37, P =.02) was largely associated with MVPA. However, this not the case for prenatal smoke exposure (P = .96).

There was no association between these scores and prenatal exposure (P = .58).

The investigators also noted there was no significant association between MVPA and BASC scores or MVPA and child BMI, findings which they considered surprising.

“Results indicate secondhand smoke may be more impactful on child hyperactivity than prenatal smoke exposure,” they wrote. “This level of activity was present in academic settings and did not confer advantages for managing BMI.”

Overall, the team concluded that smoking after birth continues to be a risk factor for hyperactivity and ADHD in such children.

The study, “Prevalence of ADHD Among Adolescents with Type 1 Diabetes Mellitus: Meta-Analysis of Observational Studies,” was published online by the American Psychiatry Association. 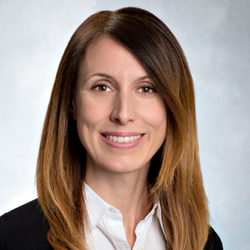