An investigator provides an update on the TEDDY study.

New research may lead way to understanding the potential triggers of the autoimmune process leading to type 1 diabetes and how they interact with genetic factors in children at-risk for developing the disease.

The data were presented as part of “The Environmental Determinants of Diabetes in the Young (TEDDY) study,” at the American Diabetes Association’s (ADA’s) 80th Virtual Scientific Sessions.

“An interesting finding from TEDDY has been how early the autoimmune destruction of insulin-producing cells begins—often in the initial 2 years of life,” study co-chair Marian Rewers, MD, PhD, said in a statement.

Rewers and a team of colleagues conducted the international multi-center trial to research the potential causes of type 1 diabetes in children. The condition occurs when the beta cells of the pancreas that normally make insulin are destroyed by the body’s own immune system. Due to the destruction of the beta cells, the body is unable to make insulin and maintain normal blood sugar levels.

The investigators aimed to discover viruses and nutritional factors that interact with genes to cause immune destruction of the beta cells. Infants identified as high-risk for developing type 1 diabetes were enrolled in the study. The participants are followed for 15 years to help the team look for the appearance of various beta-cell autoantibodies and diabetes. The investigators also studied biomarkers to predict faster or slower disease progression after autoimmune destruction has started.

During the “Update from the TEDDY Study,” symposium presented as part of ADA, the investigators reported the persistent presence of enterovirus B species in stool predicted the development of islet immunity. What’s more, there were subtle differences in the composition and function of the gut microbiome in children who developed islet autoantibodies. However, using initiating treatment with probiotics may decrease the risk. Using antibiotics was not related to islet or celiac autoimmunity.

Rewers and the team also found beneficial effects from vitamin D, vitamin C, or a diet rich with polyunsaturated fatty acids. Such findings need to be confirmed in a randomized clinical trial, the investigators reported.

Previously reported study data showed an association between gluten consumption at a younger age and an increased risk of celiac disease among genetically predisposed children. 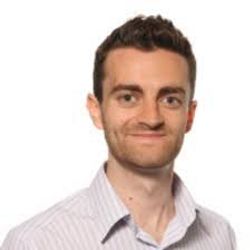