The safety profile of upadacitinib is consistent with phase 3 rheumatoid arthritis studies.

Findings of new research suggest upadacitinib demonstrates superior improvement in signs and symptoms of rheumatoid arthritis versus abatacept based on a change in Disease Activity Score-28-joint count (DAS28)C-reactive protein (CRP).

The study was part of the European E-Congress of Rheumatology 2020 (EULAR 2020) due to the cancellation of the in-person annual meeting.

Andrea Rubbert-Roth, MD, from the Division of Rheumatology at the Cantonal Clinic St. Gallen in Switzerland, and a team of colleagues assessed the efficacy and safety of upadacitinib versus abatacept in patients with prior inadequate response or intolerance to biologic disease-modifying anti-rheumatic drugs. The team randomized patients to receive either once-daily upadacitinib 15 mg or intravenous abatacept (at day 1 and weeks 2, 4, 8, 12, 16, and 20. All patients continued background stable conventional synthetic DMARDs.

At week 12, patients had their background medication(s) adjusted or initiated if they did not achieve >20% improvement from baseline in tender or swollen joint counts at 2 consecutive visits. The primary measure was change from baseline in DAS28(CRP) at week 12 (non-inferiority). The team tested the non-inferiority of upadacitinib versus abatacept using the 95% CI of treatment difference against a non-inferiority margin of .6.

An additional endpoint at week 12 was the proportion of patients who achieved clinical remission based on DAS28(CRP). Remission was defined as DAS28(CRP) <2.6. The endpoints aimed to show the superiority of upadacitinib versus abatacept. The investigators also reported treatment-emergent adverse events up to week 24 for all patients who received >1 dose of the study drug.

Both improvements in disease activity and remission rates were maintained through week 24. There were greater proportions in the upadacitinib group who achieved low disease activity, which was defined as DAS28(CRP) <3.2, ACR20, ACR50, and ACR70 responses compared with abatacept at week 12 (nominal P <.05).

Updadacitinib showed superior improvement in signs and symptoms versus abatacept. What’s more, the study authors noted the safety profile of upadacitinib was consistent with the phase 3 rheumatoid arthritis studies and no new risks were identified.

The study, “Efficacy and Safety of Upadacitinib Versus Abatacept in Patients With Active Rheumatoid Arthritis and Prior Inadequate Response or Intolerance to Biologic Disease Modifying Anti-Rheumatic Drugs (SELECT-CHOICE): A Double-Blind, Randomized Controlled Phase 3 Trial,” was published online on the EULAR 2020 website. 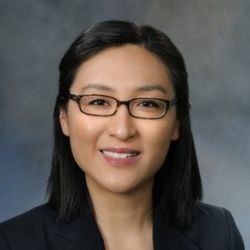