Aileen Pangan, MD, executive medical director of Immunology with AbbVie, discusses the results of the SELECT-AXIS 1 trial and what it indicates about upadacitinib as a treatment for ankylosing spondylitis.

While upadacitinib recently made headlines for its US FDA approval for the treatment of rheumatoid arthritis, new data is establishing the oral JAK inhibitor as a potential treatment for ankylosing spondylitis.

Results of the SELECT-AXIS 1 phase 2/3 study, which found 15 upadacitinib once daily led to improvements in signs, symptoms, and function of patients with ankylosing spondylitis, were presented for the first time at the 2019 American College of Rheumatology annual meeting in Atlanta, GA.

The double-blind, placebo-controlled, phase 2/3 study included 187 patients randomized to receive upadacitinib over the course of 14 weeks. A cohort of 94 patients received placebo and the remaining 93 received upadacitinib—of these 90 and 89 patients completed the study from each group, respectively.

For inclusion in the study, patients need to be 18 or older, had a Bath Ankylosing Spondylitis Disease Activity Index(BASDAI) or 4 or greater, patient assessment of total back pain 4 or greater at screening and baseline, and meet New York Criteria for ankylosing spondylitis as determined by central reading of radiographs. Additional inclusion criteria included inadequate response to 2 or more NSAIDs and being biologic-naïve.

To understand what the results of this study mean for the future of upadacitinib as a potential treatment for ankylosing spondylitis, MD Magazine® sat down with Aileen Pangan, MD, executive medical director of Immunology with AbbVie, at ACR 2019.

MD Mag: What do the results of the SELECT-AXIS 1 program tell us about upadacitinib?

In that particular study, in addition to showing that there is improvement in the signs and symptoms of patients by week 14, which was the time point. We were also able to show improvement in inflammation as visualized using an imaging modality like MRI. We also show the improvement in other patient reported outcomes as well and I think it's very encouraging and it really is going to be the foundation as we plan additional studies in this indication. 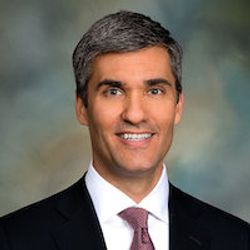