The US Needs Better Access to Naloxone Amid Opioid Epidemic

A new study highlights the urgency to implement better access and distribution of naloxone to avert witnessed opioid overdose deaths.

The US has been experiencing an opioid epidemic for more than 2 decades, but according to a new study, access to the life-saving overdose intervention naloxone is underdeveloped and under-utilized in almost every state.

A team of investigators including Traci C Green, Professor, Brown University, School of Public Health, performed a modeling study by developing a mechanistic model of the risk of opioid overdose.

Investigators aimed to estimate the amount of naloxone kits that would need to be available for at least 80% of witnessed overdoses, and project how an increased distribution of naloxone would impact the estimated number of overdose deaths averted with the intervention.

This was the first study done to estimate the need of naloxone and its role in reducing opioid overdose in each state of the US. The results indicate that better access and substantial expansion to naloxone is urgently needed across the US.

Investigators uncovered significant gaps in access and distribution of the life-saving intervention while conducting this study. The estimated need for naloxone varied from state to state based on distribution pathways and the type of epidemic that was prominent in the area.

Specifically, areas with a high prevalence of fentanyl use show a higher need for naloxone kits. The highest probability of naloxone use during a witnessed overdose was observed in fentanyl epidemics and ranged between 58%-76%. Rhode Island, for example, had an estimated 12 deaths averted per 100,000 people in 2017.

A lower probability of naloxone use was observed in overdoses in prescription opioid-dominated epidemics, ranging from 0%-20%. Oklahoma showed a 12% use of naloxone with less than 1 death averted per 100,000 people.

“As the COVID-19 pandemic continues to collide with the opioid crisis and we see more fentanyl in the illicit drug supply, we must ensure we have life-saving interventions, such as naloxone, in the hands of people who are most likely to be there when an overdose happens,” Green said in a statement. “People who use drugs and people living in the community must be considered first responders and need easy access to naloxone so they can act quickly to save a life.”

A literature review was performed, and a modified-Delphi panel was used to inform parameter definitions. Investigators then refined a model of the population at risk of overdose by incorporating changes in the toxicity of the illicit drug supply and naloxone access point.

The study consisted of estimates from 12 modeled states for 2017. Based on those estimates, it was determined that the number of additional kits needed to hit their target of averting 80% of witnessed overdose deaths ranged between no additional kits to up to 1270 kits needed per 100,000 people per year.

To calibrate the model to 2017, investigators used data from proprietary data sources, state health departments, and national surveys for the 12 US states that were representative of each epidemic type. A counterfactual modeling was used to project the effect that increased naloxone distribution would have on the estimated number of opioid overdose deaths averted.

“Our study provided estimates for naloxone needs by state, but a consistent national framework for reporting opioid overdoses and tracking community-based and pharmacy-initiated naloxone distribution is also urgently needed to inform policies and allocate resources that will finally turn the tide on this unprecedented epidemic,” Green said.

Because community programs and pharmacies appeared to be the most effective at averting overdose deaths, investigators believe expanded distribution practices should focus on these pathways as opposed to prescriber-based naloxone approaches.

This study, “Estimating naloxone need in the USA across fentanyl, heroin, and prescription opioid epidemics: a modelling study” was published in The Lancet Public Health. 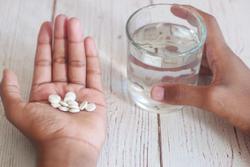 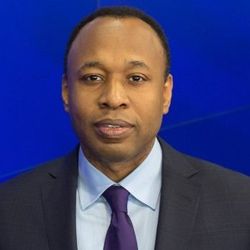