All NOACs had a lower risk of stroke or SE compared to warfarin, including apixaban, dabigatran, and rivaroxaban.

Although non-vitamin K antagonists oral anticoagulants (NOACs) are effective in stroke prevention, the risk of major gastrointestinal (GI) bleeding could affect the safety of patients in treatment.

A recent study compared the risk of stroke and systemic embolism (SE) and major bleeding among patients with nonvalvular atrial fibrillation (NVAF) and high risk of GI bleeding who received NOACs compared to patients who received warfarin.

Investigators, led by Gregory Y.H. Lip, MD, Liverpool Centre for Cardiovascular Science, University of Liverpool and Liverpool Heart & Chest Hospital, found NOACs had an association with lower rates of both stroke and SE, but NOACs had risk of major bleeding in comparison with warfarin.

Investigators performed the study among patients with NVAF and high risk of GI bleeding newly treated with apixaban, dabigatran, edoxaban, rivaroxaban, or warfarin, as a subgroup analysis of the ARISTOPHANES study.

The ARISTOPHANES study was a retrospective cohort that collected data from the Centers for Medicare & Medicaid Services (CMS) database and 4 US commercial claim databases between January 2012 - September 2015.

Data show patients at high risk of GI bleed were ≥75 years old, with impaired kidney function (chronic kidney disease, stage III - V), a score of ≥3 on the HAS-BLED, or the concomitant use of NSAIDs, antiplatelet agents, or corticosteroids, or GI conditions, including ulcers or bleeds.

Primary outcomes were identified from inpatient claims with stroke, SE, or MB listed as principal diagnosis.

Investigators identified a total of 381,054 patients with NVAF and high risk of GI bleed, representing nearly 82% of the total ARISTOPHANES population.

The team concluded NOACs had associations with lower risk of stroke or SE in comparison with warfarin in patients with NVAF and high risk for GI bleeding.

“This is one of the first real-world studies to compare NOACs in the patients with NVAF and high risk of GI bleed; the results may help inform decision-making regarding OACs in this high-risk patient population,” investigators wrote.

The study, “Oral Anticoagulants for Nonvalvular Atrial Fibrillation in Patients With High Risk of Gastrointestinal Bleeding,” was published in JAMA Network Open. 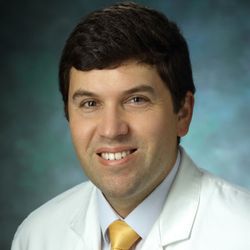