What Experts Are Learning About Sotatercept for PAH

An interview with a phase 2 investigator on the the novel drug's potential in a field it wasn't originally designed to treat.

The findings from the PULSAR trial, led by David B. Badesch, MD, offer reasonable hope for the utility of sotatercept as an added agent in the treatment of the burdensome, sometimes fatal pulmonary disease—a concept currently being pursued in a phase 3 trial.

In an interview with HCPLive this week, Badesch, of the Divisions of Pulmonary Sciences and Critical Care Medicine and Cardiology at the University of Colorado Anschutz Medical Campus, discussed the novel mechanisms and makeup of sotatercept, a drug originally developed for anemia-associated care.

The drug is comprised of the extracellular domain of human activin receptor type IIA, fused to the Fc domain of human immunoglobulin G1 (IgG1). It provides balance of the growth-promoting activin growth differentiation factor pathway, and the growth-inhibiting BMP pathway by serving as a ligand trap for the TGF-β superfamily.

Though the drug’s benefit is unique to the field, that may not be the case for long.

“Its mechanism of action is quite novel,” he said. “I would guess that there might be other agents coming along that would try to do something similar, with perhaps slightly different approaches.”

Badesch also discussed in the video above how sotatercept is being assessed in phase 3, the burdens of PAH, and the broader potential of the novel therapy. 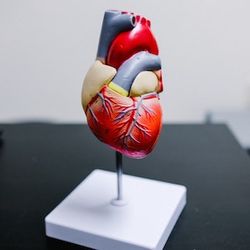