According to the most comprehensive assessment of worldwide contraceptive use, vast differences in the types of contraceptives that are utilized across regions and age groups were identified.

New estimates indicate that over 160 million women across the globe who wanted to avoid pregnancy were not using contraceptives. While significant progress has been made with modern contraceptives over the last 50 years, the needs of many women are not being met.

According to the Global Burden of Disease study, which is the most comprehensive assessment of worldwide contraceptive need and use, vast differences in the types of contraceptives that are utilized across regions and age groups were identified.

There's a strong positive relationship between expanded access to contraception and the social and economic empowerment of women in addition to better health outcomes. Contraception also serves a key role in reducing maternal and neonatal mortality as it helps to prevent unintended pregnancies.

In order to reduce these unmet needs, the age groups with the most need needs to be understood so interventions can be implemented. The type of birth control also varies based on the preferences of women across age groups and marital status.

Permanent methods like female sterilization are more likely to to be preferred by older women, according to the study, while younger women and adolescents are more commonly using short-acting methods, such as oral contraceptive pills or condoms.

For the investigation, women were defined as needing contraception when they were married, or sexually active if unmarried, were able to get pregnant and wanted to avoid pregnancy for at least 2 years, or if they were pregnant or recently pregnant but would have preferred to delay or prevent their pregnancy.

The amount of women (of reproductive age) worldwide using modern contraception (oral pills, IUDs, and male/female sterilization methods) increased from 28% in 1970 to 48% in 2019.

However, the assessment indicated that 163 million women were deemed in need of contraception and not on any form, out of the total 1.2 billion women who needed it.

“Although we’ve observed excellent strides in contraceptive availability since the 1970s at a global level, there’s still a long way to go to ensure that every woman and adolescent girl can benefit from the economic and social empowerment contraceptives can offer," Annie Haakenstad, MD, Institute for Health Metrics and Evaluation (IHME), University of Washington, said in a statement. Our results indicate that where a woman lives in the world and their age still significantly impacts their use of contraception.”

When compared to other groups, women and adolescents in the 15-19 and 20-24 age groups showed the lowest rates of demand satisfied worlwide. According to the estimate, their rates were 65% and 72%, respectively.

Those aged 15-24 are 16% of total need but 27% of unmet need which equates to 43 million young women and adolescents did not have access to the contraceptives they needed in 2019.

“Importantly, our study calls attention to young women being overrepresented among those who cannot access contraception when they need it," Haakenstad continued. "These are the women who stand most to gain from contraceptive use, as delaying having children can help women stay in school or get other training opportunities and to enter and maintain paid employment. This can lead to social and economic benefits that last throughout a woman’s lifetime and is an essential driver towards greater gender equity.”

Across different locations there are stark contrasts in the contraceptive methods in use. Investigators noted that places with limited options to a specific type of method might indicate a lack of access.

“Our study highlights that not only should contraception be available to all women, but also suitable choices of contraceptives," Rafael Lozano, Professor, Institute for Health Metrics and Evaluation, University of Washington said.

"Diversifying options in areas that may be over-reliant on one method could help increase contraceptive use, particularly when the most used method is permanent," he continued. "To widen access, we urge policymakers to use these estimates to look at how contraceptive choice interacts with age and marital status in their countries.” 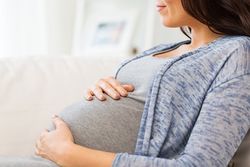 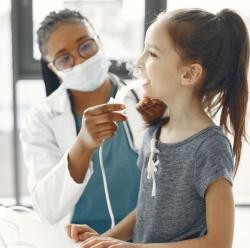